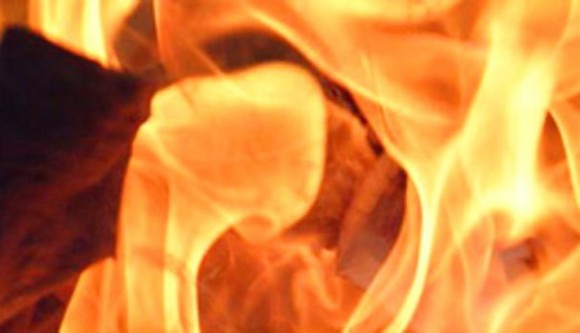 HYDERABAD: Armed men continued to snatch and burn copies of Dawn in Hyderabad, Jamshoro, Dadu, Hala and Benazirabad for the second day on Sunday.

Dozens of bundles of the newspaper were snatched from stalls and hawkers in Hyderabad and other towns in interior of Sindh.

According to Sindh regional manager of Dawn Media Group Thadani L.S., two armed men on a motorbike snatched 10 to 15 copies of Dawn from a stall near the PTCL office, burnt them and warned the hawker against selling copies of the newspaper in future.

He said that two armed motorcyclists snatched 20 to 25 copies from a stall in Naseem Nagar, Qasimabad, set them on fire and fled.

They misbehaved with Anjuman Akhbar Faroshan president Amir Shah when he tried to intervene. They identified themselves as activists of the Jeay Sindh Muttahida Mahaz (Shafi Burfat group) and fled.

In Jamshoro, two armed motorcyclists deprived a hawker of 50 to 60 copies of the newspaper.

In Dadu, three armed men snatched about five bundles of the newspaper from a hawker.

In Hala, five armed men intercepted a wagon loaded with different newspapers on the National Highway and picked 20 to 22 bundles of Dawn, torched some of them and took away the rest.

The bundles were to be sent to Hala, Naushahro Feroze, Khairpur Mirs, Mehrabpur, Ranipur and Gambat.

In Benazirabad, three to four armed amen warned local agents and hawkers not to sell copies of Dawn till the matter was resolved. The newspaper was delivered to Pathan Colony depot of Dawn with the help of Hyderabad police which had provided security to its two trucks from Toll Plaza between 4am and 6am.

Talking to Dawn’s Hyderabad Bureau Chief Mohammad Hussain Khan over phone, Mr Shar promised that no incident of burning of the newspaper would take place on Monday.