The speakers at a panel discussion held during a workshop on ‘Role of Media in Current Political Scenario’ viewed that the political parties and their candidates were using the media for their election campaign instead of visiting their respective constituencies for canvassing.

“The candidates used to visit their constituencies and conduct electioneering through corner meetings and door to door contacts but contrary to this traditional practice, the politicians are contesting polls through media,” writer, poet, intellectual and former MPA of 1970s Tabish Alvari said. The workshop was organized by Pakistan Press Foundation (PPF).

“The fifty percent electioneering is based on media campaign,” he noted remarking that media in Pakistan needed to be cautious as it is not mature yet. “The media should avoid being misused by the politicians.

He also stressed on devising a code of ethics for the journalists as well as the owners of media houses and called for strictly observing it. 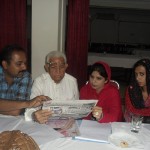 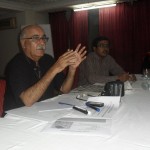 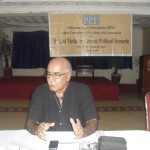 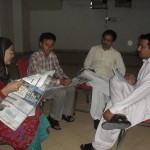 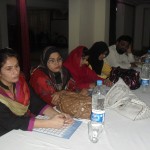 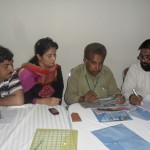 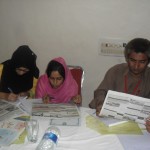 Professor Dr. Rasheed Qazi, Head, Department of Social Work, Islamia University, Bahawalpur, opined that most of the media reports were not based on facts. “The media publishes/broadcasts reports without verifying the facts, which is against the ethics. It must play the role with full sense of responsibility.

According to him, the media in Pakistan was neither free nor neutral as different lobbies prevail over it.

Earlier, Professor Dr. Javed Chandio, an intellectual, author of many books, former journalist and Head, Department of Siraiki Language, Islamia University, Bahawalpur, in his address said that electronic media in Pakistan was a 10-year child and needed to be guided for playing a responsible role for betterment of society. “About a dozen anchors of TV channels are spreading poison in the society. This is against the norms of freedom of media,” he viewed and urged for Code of Ethics for media persons as well as the owners of media houses.

During the 3-day workshop, attended by print, radio and TV professionals, it was observed that the majority of voters were unaware of their rights and most of them, especially the women in rural areas, even were not aware if they were registered as voters. “The people used to cast votes under the personal influence of politicians or being influenced by the Community,” the participants told.

“No politician or candidate talks of human rights or resolving the issues faced by the poor. They even do not implement the party manifesto,” they noted.

The participants that also included six local females working for radio and TV channels said centuries’ old system still prevails in Bahawalpur Division with the result that always same faces are elected in the elections.

Pointing out the low turnout during the polling, the participants said around sixty five percent people do not cast votes. “This silent majority can bring a positive change if they are motivated to use the right of vote.

It further transpired during the discussion that the newspapers have no reach to vast area of Cholistan Desert and other rural areas of Bahawalpur. Even the TV channels are not viewed in remote areas due to non-availability of electricity. “Owing to this the awareness programs telecast by TV and the Election Commission’s drive in this regard have left no effects. Only the radio has outreach and could be used for creating awareness among the people in Cholistan Desert and other rural areas.

The participants also analyzed the contents of half a dozen newspapers during which it was noted that political news dominated the pages. Most of the news reports were based on statements of politicians. It was followed by crime reports while there were few reports on health and education and zero report regarding human rights.

They also highlighted the pressures including political one on the rural journalists. 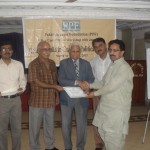 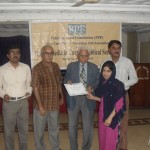 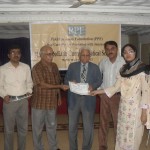 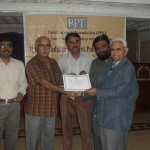 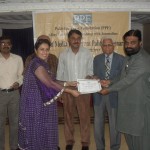 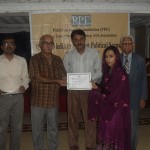 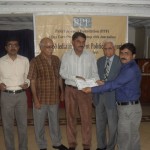