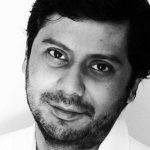 IPI’s World Press Freedom Hero Award honours journalists “who have made significant contributions to the promotion of press freedom, particularly in the face of great personal risk”.

According to a post by the global network, Almeida has been recognised for his “critical” and “tenacious coverage” of civil-military relations in Pakistan.

“Almedia’s scrutiny of the Pakistani military-security complex has made both him and Dawn a target,” the Vienna-based IPI said in its statement.

In 2016, Almeida was briefly placed on the Exit Control List (ECL) after publishing an exclusive storyin Dawn regarding a top-level meeting of civil-military leaders.

The story prompted enormous controversy in Pakistan. Both Almeida and Dawn’s top editor were subjected to a widespread smear campaign and dragged before a tribunal in an effort to force Dawnto reveal its sources, the IPI said.

In 2018, a petition seeking the start of treason proceedings was filed against Almeida and he was again temporarily placed on the ECL after publishing an interview with former prime minister Nawaz Sharif, in which Sharif questioned the progress of the Mumbai attacks trial in Pakistan. Proceedings in the case remain open.

The press freedom watchdog noted that the retaliation against Almeida and Dawn for their journalism comes “amid a rapidly deteriorating environment for the press” in the country.

“The range of threats includes physical attacks on journalists; legal harassment; the widespread disruption of newspaper distribution; and the effective blockading of independent broadcasters,” it said.

Almeida, a Rhodes scholar with a law degree from Oxford University who briefly worked as a lawyer before entering journalism, is IPI’s second World Press Freedom Hero from Pakistan, with Aslam Ali, the former managing director of Pakistan Press International, having been honoured previously.

IPI Executive Director Barbara Trionfi said Almeida has “demonstrated tremendous resolve in tackling – at great risk to himself – deeply contentious issues that are nevertheless of central importance to Pakistan’s democracy”.

“Despite the press freedom crisis engulfing Pakistan, he, and Dawn newspaper, have refused to back down from writing about issues that matter,” she added, urging Pakistani authorities to withdraw all charges against Almeida.

“Bringing treason charges against a journalist for interviewing a former prime minister is as dangerous as it is absurd, and constitutes a gross violation of journalists’ right to disseminate information in the public interest,” Trionfi said.

Both awards will be presented during a special ceremony on June 5 in Geneva, Switzerland, during IPI’s annual World Congress and General Assembly.