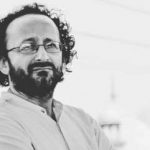 KARACHI: A district court on Wednesday res­erv­ed its order on an application seeking confirmation of an interim pre-arrest bail of journalist Shahzeb Ali Shah Jillani in a case involving alleged cyber-terrorism, electronic forgery and giving defamatory remarks about state institutions.

The FIA had booked Mr Jillani in a case registered under sections 500, 109 and 34 of the PPC read with sections 10(a), 11 and 20 of the Pakistan Electronic Crimes Act 2016, on the complaint of Advocate Moulvi Iqbal Haider.

His counsel, Salman Mirza, denied the allegations levelled by the complainant in the FIR lodged by the FIA.

After hearing the arguments of both the sides, the judge reserved his order, to be pronounced on April 27. He also extended Mr Jillani’s interim bail till then.