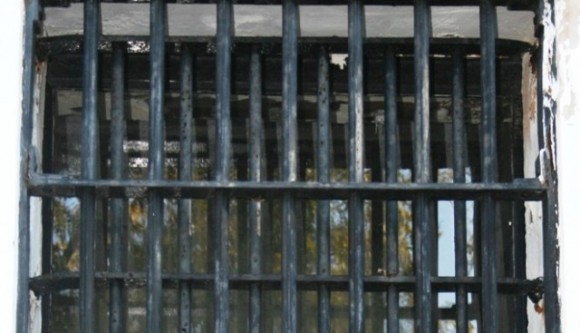 HYDERABAD: Ahmed Omar Saeed Shaikh, a death row prisoner convicted in the murder of US journalist Daniel Pearl, had attempted suicide in his Hyderabad jail cell earlier this week, just a day before his appeal was to be heard in the Sindh High Court.

Shaikh along with his three other accomplices, Salman Saqib, Fahad Naseem and Shaikh Adil, was convicted and handed the death penalty in 2002. The co-accused were handed 25-year jail terms.

“Shaikh warned the wardens that he will commit suicide if he is not provided a mobile phone within 15 minutes,” the Jail Superintendent Pir Shabbir Jan Sarhindi told The Express Tribune on Saturday.

Sarhindi added that Shaikh tied his bed sheet as a rope around the iron grills of the exhaust in his cell and tried to hang himself. “The wardens used a scissor to cut the bed sheet when he knotted it in the grills and around his neck.”

“His condition is stable now and a case has been filed against him in the local police station,” jail official Akram Naeem said. An FIR has been lodged at the Baldia police station on the complaint of assistant jail superintendent Syed Nadeem Shah. Shaikh has been booked under section 325 of the CrPC which contains a jail term of up to one year if proven guilty of committing suicide.