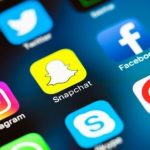 Advocate Azhar Siddique, representing a petitioner, contended that the federal cabinet approved the legislation that required the social media platforms such as Facebook, YouTube, Twitter and others to open their offices in Pakistan and got them registered with the authorities within three months.

He stated that the regulations namely Citizen Protection (Against Online Harm) Rules 2020 will also require the social media giants to appoint their representative in the country to answer complaints by the government.

The lawyer argued that the regulations needed to be implemented in letter and spirit.

Therefore, he asked the court to order the PTA and the federal government to place on record the regulations and a mechanism for implementing them more effectively.

Chief Justice Mamoon Rashid Sheikh directed a deputy attorney general to submit replies on behalf of the government and the PTA along with a detailed report on the regulations by Feb 21.

VISUALLY CHALLENGED: The Lahore High Court on Monday sought reply from the capital city police officer (CCPO) on a petition against an incident of detaining job-seeking visually challenged persons in a panagah (shelter home).

A citizen filed the petition and contended through a counsel that the visually challenged persons were on roads for their rights and fulfillment of promises the government made to them.

However, he said, the police at the behest of the government illegally detained the protesters in a panagah and did not let them go out of the facility. He alleged that the police also manhandled them.

The petitioner submitted that the act of the police was illegal and a violation of fundamental rights. He asked the court to order action against the police officials involved in detaining the visually impaired persons and manhandling them.

The court directed the CCPO to submit a reply to the petition along with statistics of the visually challenged persons and their health condition.

The hearing was adjourned for a week.