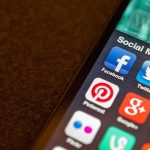 MUZAFFARABAD: Indian police have registered a general FIR — the first of its kind — against “various” suspects in occupied Kashmir on the charge of misusing social media, it emerged on Monday.

An official of the Azad Jammu and Kashmir (AJK) government condemned the Indian move as “yet another draconian measure” on the likes of mass graves, mass detentions and mass slaughter.

Chaudhry Tariq Farooq, the senior minister in AJK government, in a tweet claimed it “happens nowhere but in India-occupied Kashmir that an entire population is booked for exercising its right to expression. The world must take note of it.”

The FIR was registered by Cyber Police Station Kashmir Zone in Srinagar against “various” social media users for “defying government orders and misusing social media platforms”, according to a press release issued by police headquarters in Srinagar.

India had clamped communications blackout in occupied Jammu and Kashmir on Aug 5 last year after stripping the disputed region of its special status and placed it under a military lockdown.