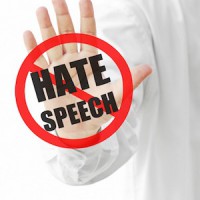 ISLAMABAD: The Pakistan Electronic Media Regulatory Authority (Pemra) Monday announced its decision with regard to Dr Amir Liaquat’s programme on Bol TV asking for airing apology by both the channel and the anchor before March 31, 2017.

The decision was announced by the Pemra’s 127th meeting on the opinions and recommendations submitted by the joint meeting of the council of complaints, Sindh and Lahore, held on the orders of the Supreme Court regarding complaints against Dr Amir.

According to it, the channel and Dr Amir shall on or before March 31, separately during same slot of the programme by separately naming all individuals against whom hate speech was aired, apologise unconditionally to the viewers for airing the hate speech.

The channel shall also ensure that text of the same would be scrolled/displayed on the screen during the entire programme. Moreover, the channel shall submit an affidavit by March 31, 2017 with Pemra assuring that no hate speech or any content in violation of the Electronic Media (Programmes and Advertisements) Code of Conduct, 2015, shall be aired in future.

Besides, the TV channel shall deposit Rs1 million fine within 15 days. “The licensee is warned that in case of failure to comply with the related rules and terms and conditions of the licence in future, it will face action under the relevant rules and provisions of the law,” the announcement said.

It is pertinent to recall that the anchor has named respectable people, showed their pictures and termed them infidel, traitor and perpetrator of acts of blasphemy. The anchor repeated these baseless charges several times.