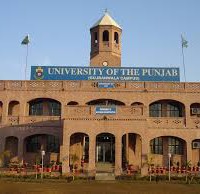 LAHORE: Instead of providing security at the Punjab University, the administration has restricted media coverage to stop outsiders from learning of any untoward incidents or developments on campus.

In a meeting between deans at the Punjab University on March 24, Vice Chancellor Prof Dr Zafar Mueen Nasir instructed that journalists be barred from entering the university.

The decision comes in the wake of an incident on March 21 when dozens of students were injured after Islami Jamiat Talaba (IJT) allegedly attacked a cultural event organised by the Pakhtun Education Development Movement (PEDM).

According to sources present in the meeting, the VC wanted to limit bad press by restricting access. The ‘media ban’ came into immediate effect as several journalists were stopped from entering. The university administration, however, denies any such ban had been imposed.

A Punjab University spokesman categorically denied rumors about the media ban through a statement. The official appreciated the media’s role in highlighting the recent clash between two student organisations in an objective manner. He said the press reported the “true side of the story”.

However, the statement further hinted at restrictions. “Due to the prevailing security situation, it has been decided to develop some SoPs to facilitate the media. It will be properly invited to cover university events. Any reporter, who wants to make reports over different issues, will only have to contact the PRO and will be allowed to perform his/her professional duties after approval.”

Condemning the ban, Lahore Education Reporters Association (LERA) President Syed Sajjad Kazmi said that instead of putting his own house in order, the vice chancellor had resorted to stopping journalists from reporting events at the largest university of the province. He said imposing a ban on the media was not only unjust, but also illegal.

He pointed out the VC was bound by law to take administrative decisions and get them approved by the syndicate. Kazmi pointed out that the current vice chancellor, who was appointed on a provisional basis by the Lahore High Court, was not allowed to convene a syndicate meeting.

He said Punjab Higher Education Minister Syed Raza Ali Gillani had been informed about the unlawful decision of Dr Zafar Mueen Nasir. “We will also take up the matter with Punjab Chief Minister Shahbaz Sharif if the minister does not intervene,” he added.