Home » Featured » Challenges in the cyberworld 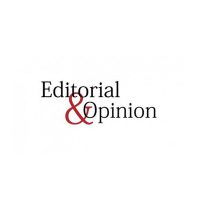 Inventions are being made all the time everywhere, but the invention that has truly changed the lives of everybody on the planet whether they know it or not is the internet. The rise and rise of social media and the freedom of expression that goes with it has already challenged a number of governments that feel threatened by such openness. Limitations on access to the internet are widely deployed and Pakistan is no exception. That said, the downside of cyberspace is far outweighed by the positives everywhere, again with Pakistan being no exception. Complexities abound, as do conundrums. So-called ‘fake news’ is much in the news and social media platforms are powerful and influential tools when it comes to spreading untruths or plain malicious gossip, and short of shutting down the relevant sites there is little the government can do.

The Islamabad High Court is currently exercised by the uploading of what is described as ‘false and malicious material’ against judges of the said court, and the acting registrar has got an FIR registered with the cybercrime wing of the Federal Investigation Agency. It is inappropriate that we comment directly on the material being circulated in cyberspace but there are issues relating to fundamental freedoms that can be commented on. No government or government institution is above criticism, and in a democracy, even a young democracy such as Pakistan, there is a place, indeed an essential space, for the freedom to protest and dissent against the actions of the state.

Social media platforms are today a vibrant and profitable part of the national cultural fabric, the old interwoven with the new. Their influence and presence is only going to grow as the ubiquity of the internet extends. The challenge for the state is where to draw a line between legitimate dissent or criticism, and citizen interventions in the context of an often poorly understood medium. It must not be forgotten that those that are the subject of dissent or criticism also have rights and freedoms, one of those being to protect themselves. We await developments with interest.