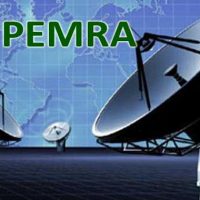 ISLAMABAD: Having failed to get its order for restoration of Geo Network’s all channels in 24 hours implemented, the government’s official regulator for the electronic media has asked the provincial governments to direct their police to help it enforce its directive in different parts of the country.

The Pakistan Electronic Media Regulatory Authority (PEMRA) had warned cable operators on Monday that their licenses would be terminated if Geo TV channels’ transmissions were not resumed. The authority also suspended Lahore and Karachi licences of two cable operators – World Call and Wateen Media – for the same offence. These operators played hide and seek with the authority by resuming the transmission for a while but again suspending it.

Pemra wrote to the provincial authorities — the chief secretaries — that it had started implementing the relevant laws against all those cable operators who were creating hurdles in transmission of Geo Network channels. For the purpose, the letter reads, Pemra needs cooperation from the respective governments, so that action could be taken against the persons involved in the illegal activity.

Pemra requested the provincial governments to direct their police departments to cooperate with the Pemra authorities, and facilitate them. The help will be in national interest as it will help implement Pemra’s writ and enhance the confidence of licence-holder channels in the regulator, the letter added.

Along with the letter, Pemra has also shared details of its zonal officials with the provincial authorities. Now Pemra is all set to get its laws implemented with the help of provincial police departments.

On Monday, the Pemra stated that it had not ordered suspension or change of position of any channel. “Suspension of any licensed TV channel is a violation of Pemra rules, hence all the cable operators are informed to ensure transmission of channels licensed by the Pemra on cable TV networks,” the statement read.

The regulatory body has also kicked off action against cable operators involved in violation of its rules, it added. It directed cable operators to restore all Geo TV channels on their actual positions within 24 hours.

“In this regard, today on April 2, 2018, Pemra, while issuing notice of licenses suspension of Wateen Multimedia Lahore, and WorldCall Cable Lahore and Karachi, has directed them to restore all Geo TV channels on their actual positions within 24 hours,” the statement said further.

Moreover, the Pemra warned that in case of non-compliance it would initiate the process of revoking the said licenses under Section 30 of the Pemra Ordinance.

Condemning Geo channels’ closure , State Minister for Information and Broadcasting Marriyum Aurangzeb said they have decided to suspend licenses of cable operators involved in putting Geo TV channels off air. She said that suspending Geo News and its repositioning by cable operators is in violation of Pemra rules. Shahzeb Khanzada said in his programme “Aaj Shahzeb Khanzada Kay Saath” on Tuesday said that all channels of Geo Network could not be restored despite passage of lot of time. Despite notice by Pemra, people are being deprived of their right to watching Geo Network channels.

Khanzada said that it was totally up to the viewers what they wanted to watch on cable networks. “It is purely mine and your decision, and not of anybody else, which channel we want to watch.

He said that now, it is a responsibility of the provincial governments that they should cooperate with Pemra. Let’s see how much cooperation the Sindh government extends to Pemra, as per Bilawal Bhutto statement. Bilawal has condemned the closure of Geo channels. It is yet to be seen what the PML-N government in Punjab will do in this regard. How much cooperation Khyber-Pakhtunkhwa government will offer, and what newly-formed Balochistan government will do to help Pemra implement its laws, protect and strengthen the right to freedom of expression, and protect viewers’ right to watch channels of their choice.

It may be mentioned here that Geo Network has suffered loss of billions due to the closure of its channels. Since the incident of attack on senior journalist Hamid Mir some four years ago, Geo face closure for a long time, and after restoration, faced continual closure. This caused loss of billions and delay in salaries’ payment to its journalists and other staff. The recent closure is also causing a massive financial loss and delay in salaries payment. However, despite all this Geo has remained No 1 TV channel and still is.

Khanzada said that it is not for the first time that Geo News is facing this situation. On several occasions in the past, it was closed on cable network, its position was changed on the network, and viewers’ access to it was hindered. People attached with the channel were threatened, hindrances were created in their performance of duties, and even some of them were tortured to stop them from working for the channel.

Pakistan People Party’s Chairperson Bilawal Bhutto Zardari has tweeted: “PPP has been a victim of media bias I condemn reports of recent shut down of Geo News. Freedom of speech is fundamental to democracy and accountability.

PTI chairman Imran Khan has stated that he is against closure of any channel. He said he is with the journalists of Jang and Geo.

Since 2014, transmission of Geo News is being hampered from time to time. Its position on network is changed when people get used to watching it on a particular number; it is closed on cable network. Pemra appears to be helpless, the government is playing the role of a silent spectator, while Geo News viewers are deprived of their right to watch its programmes.

It is obviously a constraint on freedom of expression, and that too not during any dictatorial rule but a democratic dispensation. The use of such tactics is very dangerous not only for a democratic government but also democracy. The government does admit that such tactics are really damaging for democracy while the elections are round the corner, but it is a pity that practically it is doing nothing to resolve the issue.