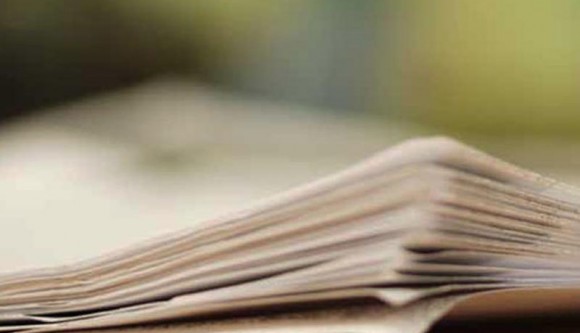 ISLAMABAD: Though many media men and journalists are out to prove that Hamid Mir, Geo and Jang Group are traitors merely because Hamid Mir had alleged before the attack on him that he will be attacked by the ISI chief and some other ISI individuals, there are countless examples where regular army officials, even a sitting ISI chief, made more serious allegations against the prime intelligence agency but were never declared traitors.

Geo and Jang Group have repeatedly issued statements that they have the highest regard for all institutions. Despite the fact that Hamid Mir was hundred percent convinced that he will be attacked, the channel only aired the news after he was attacked informing the people what the assessment of Hamid Mir was without giving a final judgment as to who carried out the attack.

Was Hamid Mir the only one to point out some problems or some rogue elements within the ISI? No. There are many from within the armed forces, even former DG ISI Lt Gen Ahmad Shuja Pasha and many retired officers including former COAS Gen (retd) Pervez Musharraf, who clearly hinted at grave problems within the intelligence outfit. Many experts have termed such revelations as “ISI within ISI” and analysed that apparently these “rogue” elements are stronger and influential.

It is also an important point that politicians, bureaucrats, and everyone is attacked and criticised for anything but few people consider generals as “sacred cow”, over and above any criticism despite the fact that they are involved in violence against innocent citizens. Reports of judicial commissions establish the involvement of ISI elements in such violent activities. The biggest office of the state is the office of the president and even it is never spared from criticism.

It was Ahmad Shuja Pasha who at the time of his appearance before the Abbottabad Commission confessed that “ISI had brutalised many decent people”. However, Pasha had added, “ISI mindset, culture and methodology were changing.” Before this Abbottabad Commission, Pasha slammed former army chief Gen (retd) Pervez Musharraf for bowing down to the Americans.

Pasha had disclosed that Musharraf had caved in to the US so promptly that the Shamsi airbase was given to them for drone strikes in Pakistan. Pasha was made to confess before the Abbottabad Commission that the Abbottabad incident was the result of lack of capacity, inadequate knowledge and wrong attitude. Pasha had even admitted of enforced disappearances, notwithstanding the fact the ISI had no detention powers.

While many in the media are trying to unnecessarily defend the ISI and are not ready to admit that correct criticism will help the institution improve, Pasha’s statement endorses report of the Umar Cheema Commission that the agency remained involved in terrible things like kidnappings and torturing citizens.

When Pasha said so, it was not treason but when Hamid Mir said the same on the basis of credible information, it is treason despite the fact that he is admitted in hospital after sustaining six bullets and is unable to walk.

Gen (retd) Musharraf in his 2011 interview with ABC in USA said, “It is possible that rogue members of the Inter-Services Intelligence (ISI) and the military knew of Osama bin Laden’s hideout in Abbottabad.

“As a policy, the army and the ISI are fighting terrorism and extremism, al Qaeda and the Taliban. But rogue elements within are a possibility.“As I said, at the lower level, somebody (could be) following a policy of his own and violating the policy from above is a possibility.”

Top army officials have admitted that when Musharraf was attacked twice, some ISI officials were involved. But it was not treason as though it was hundred percent proved and these incidents killed many individuals.

These statements proved the existence of rogue elements within the ISI and pointing out this fact would have helped the ISI improve and cleanse its ranks of such elements.Former minister of state for religious affairs Dr Amir Liaquat Hussain stated on May 5, 2005 that then President Musharraf had faced threats from within. He had elaborated that some elements from within the institutions could attack to kill the former army chief. But it was not treason though the role of ISI “individuals” was clearly pointed out.

If there are rogue elements within the ISI or any other institution, they could be mentioned, criticised and blamed. There are no holy cows which could never be touched even if found involved in illegal activities or highhandedness against innocent civilian citizens. When any official of such a disciplined institute is involved in any such activity, the head of the organisation is always blamed as it is incomprehensible that he is not in the picture. A senior journalist, during a private meeting, tried to inquire from Pasha about the involvement of his agency’s officials in kidnapping and torturing Umar Cheema. Pasha was unable to deny but failed to deliver a direct response.

The Judicial Commission has concluded that the role of agencies in the Umar Cheema case was eminent.Keeping aside Pakistan, any wrongdoings of intelligence agencies are highlighted, questioned and criticised in civilised world by professional journalists. In the USA, the American media exposed CIA’s many wrongdoings, including the worst i.e. desecration of Holy Quran in Guantanamo Bay. Majority of the US people who have respect and dignity get united against the American government and elite intelligence agency CIA and get many wrongs reversed.

However, in Pakistan Hamid Mir’s own friends in the media are letting him down, so discussing his opponents is not important. Even in India, the independent Indian media used to expose scandals against its own army and a shameful scandal was reported about the Indian Army chief in recent years. All this brought improvements in those institutions of India. But all this is treason here in Pakistan and consequently the situation and professional excellence of security institutions is also not hidden from anyone.

Not only top army officials made such allegations against the ISI with all proofs and certainty but even top politicians did so but that was never treason. Pakistan’s present interior minister and the then leader of the opposition Chaudhry Nisar Ali Khan made speeches taking the name of DG ISI and alleging him of involvement in illegal and unconstitutional activities. In his interview with Hamid Mir in Capital Talk, Nisar has even said that DG ISI Ahmad Shuja Pasha was making and strengthening a political party – PTI. He never gave any evidence but that was not treason. Today Nisar says he has never seen anyone making allegation this way in the entire world.