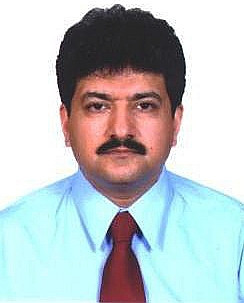 LAHORE: Leader of the Opposition in the National Assembly Syed Khursheed Shah Sunday said attempt on the life of Geo TV’s senior anchor Hamid Mir was highly regrettable and the nature of allegations leveled by the injured journalist’s brother Amir Mir, demanded that the government and the army should jointly investigate the incident.

Talking to media persons at the airport, the PPP leader said the country could not tolerate any further dictatorship. He further said the minor mistakes of Parliament should be overlooked. “I have tied to convince Mian Sahab that the Pakistan Protection Bill is not good for the country and that it might create difficulties for him in future. The government should have taken all political parties into confidence on the PPO.”

Replying to a question about the resignation of PPP leader Faisal Raza Abidi, he said Abidi had been issued a show-cause notice for his activities against the party discipline.Referring to the recent survey rating PML-N government’s performance 59 percent, the PPP leader sarcastically remarked: “It seems inflation, load shedding and law and order problems have been resolved.”