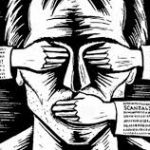 Lahore: PML-N Secretary General Ahsan Iqbal has expressed gratitude to the masses for making the Black Day successful by participating in rallies in large numbers.

People’s participation despite police crackdown proved that they have rejected the government that came into power through stealing the mandate, he said while addressing a press conference at the PML-N Secretariat on Friday. He said: “Imran Khan staged over 140 public meetings and rallies during the PML-N government and staged a sitting at D-Chowk for five months but is not ready to allow freedom of speech to the opposition parties, and imposed stringent media censorship on opposition’s activities”. He said: “Imran subjected the same TV channels to tough censorship and put them off air which gave him maximum coverage when he was in opposition”.

Ahsan lamented that the PTI government’s first 11 months left over one million people jobless, 400,000 more slipped below the poverty line, exports decreased by Rs 5 billion dollars and foreign investments decreased by 50 per cent. Yet, the selected prime minister only discusses Nawaz Sharif in cabinet meetings since public issues are not the issues of a ‘selected’ ruler, otherwise anybody elected would have lost sleep over the huge crises erupting in the country. He alleged the PTI fooled people for 20 years and still has neither the vision nor competence. After failing in 10 months, the PTI replaced its own team with that of the IMF and the World Bank. He said hospitals are without medicines, Lahore’s sanitation and water supply is in a mess and crime rate rose to new levels, but the selected PM is deciding in cabinet meetings to withdraw AC and TV from Nawaz Sharif’s cell.

Terming NAB “Niazi victimization Bureau”, he said he was being threatened with new cases as new cases were being lodged against opposition leaders. He asserted the opposition is not afraid of arrests and cases, as they had faced uniformed dictators in the past. He warned: “The country’s economy would never recover unless the rulers display tolerance for the opposition and allow fundamental rights to masses.” He said instead of new or old Pakistan, the PML-N wanted to make a Pakistan envisioned by Quaid-i-Azam and Allama Iqbal.

He said Nawaz Sharif never demanded AC or TV but doctors recommended AC for his cell. He accused prime minister Imran Khan of trying to slow-poison Nawaz Sharif by withdrawing facilities recommended by doctors, adding that “look at the malice and meanness Imran Khan is displaying towards the top opposition leader in jail”. He warned that Imran and Usman Buzdar would be held responsible if anything happened to Nawaz Sharif’s health, and cases would be registered against them.

He termed Imran Khan’s US visit and meeting with Trump mere a fashion show, claiming that “after Nawaz Sharif’s meeting with the US president, a joint communiqué was issued containing all major issues including Kashmir, but no communiqué was issued after Imran’s meeting.” He alleged that Imran wasted a golden opportunity of resolving the vital issues and forging lasting relations with the US despite that Washington needed Islamabad’s help at the moment, adding that “Imran went without vision and treated Washington as D-Chowk. No head of government washed his dirty linen in public during foreign visits.”

Ahsan said Imran Khan issued irresponsible statements regarding Osama bin Laden and the country’s nuclear programme. He said the PML-N announced unconditional support to the government for southern Punjab and Bahawalpur provinces, but the government was not taking up the bills the opposition tabled for new provinces.