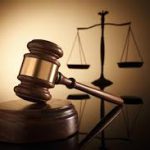 The Government of Pakistan on July 24 proposed to establish media courts to resolve issues related to the media industry and ensure timely justice to the victims of media, besides introducing a new advertising policy and issuing licenses to 58 new TV channels.

Firdous Ashiq Awan, the Special Assistant to the Prime Minister on Information and Broadcasting said, the government along with Pakistan Broadcasting Association (PBA) is working to develop a mechanism like Press Council to address the issues faced by media including the sudden downsizing of media workers.

Awan added, “The courts will utterly hear the complaints by the media industry against the government as well as the Pakistan Electronic Media Regulatory Authority (PEMRA).”

Soon after the federal government’s announcement, print media bodies and journalist’s unions including the Council of Pakistan Newspapers Editors (CPNE), All Pakistan Newspapers Society (APNS) and the Pakistan Federal Union of Journalists (PFUJ) criticized this proposal.

APNS President Hameed Haroon and Secretary-General Sarmad Ali also rejected the proposed decision of federal government and said that in the presence of complaints resolution forum like Press Council of Pakistan (PCP) and PEMRA there is no need to form special courts for media.

The APNS statement added, “The media is already braving strong pressures in the form of press advices and measures of intimidation from ruling quarters which tantamount to undeclared censorship and the proposed media courts would be an added and institutionalized lever for arm-twisting of media and reflects the mindset of present power center that intends to curb voices of dissent by all means.”

The President and Secretary General of APNS has urged the federal government to withdraw the proposal of media courts immediately if it does not intend to strangulate the media in the country.

CPNE President Arif Nizami and Secretary General Dr Jabbar Khattak in a joint statement said, “The formation of media courts is discriminatory step and such a move will be considered an attack on media freedom and tantamount to increasing pressure on media and journalists.”

CPNE urged “The current government to extend its efforts for strengthening democratic culture, media freedom and right to expression through their acts instead of creating obstacles for the smooth functioning of media.”

Afzal Butt President and Ayub Jan Sarhandi Secretary-General of PFUJ condemned the idea of government and termed it as another arm-twisting of media and journalists.

PFUJ pointed out there already exist PEMRA and its Council of Complaints, Wage Board Implementation Tribunal, PCP, and other laws and forums which can be made more effective and independent, for the resolution of conflicts and issues faced by media workers and journalists.

The union has called for the urgent withdrawal of such ideas like media courts and Pakistan Media Regulatory Authority (PMRA). It said that these ideas were mere delaying tactics for resolving issues, the journalist community faces.

The News: Rabbani slates idea of setting up media court