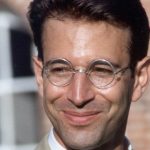 ISLAMABAD – The federal government Friday said that it was concerned about the decision of the Sindh High Court that overturned murder conviction of a British national in kidnapping and killing of American journalist Daniel Pearl.

A day after the decision, the Ministry of Interior in a statement said that the government has shown its concerns with the provincial government of Sindh and after this it was decided to file an appeal, next week, against the judgment in the Supreme Court in order to ensure justice.

“The Government of Pakistan is well aware of the facts of the judgment issued by the Honorable Sindh High Court in Daniel Pearl case. Federal Government is concerned about the decision,” the ministry said adding that prosecution in criminal matters was a provincial subject as per constitutional scheme of things.

The ministry further said that federal government had asked Sindh government to dedicate its best resources in the pursuance of appeal before the apex court. “Government of Sindh has been advised to consult Attorney-General for Pakistan in the matter as well.”

After 18 years, the Sindh High Court (SHC acquitted main convict British-born Omar Saeed Sheikh from charges of murder as well as seeking ransom and upheld kidnapping charges against him by reducing his death sentence to seven years imprisonment on Thursday. Three other Pakistanis were also acquitted of the charges of helping the main convict in the crime.

Mr Pearl, the 38-year-old bureau chief for South Asia of The Wall Street Journal, was kidnapped for ransom and murdered in January 2002 in the port city of Karachi while working on a story about extremist groups in Pakistan in the aftermath of the September 11, 2001 attacks.

An anti-terrorism court in Sindh had sentenced Sheikh to death in 2002 on charges of kidnapping of US journalist for ransom and murder and handed down life sentences to three Pakistani as his accomplices in the crime. They were Fahad Naseem, Salman Saqib and Sheikh Adil.

Sheikh was set to release from jail as he has already served his sentence by spending 18 years in jail before the Sindh government, hours after the judgment, issued the detention orders of all four prisoners to prevent their release till the SC would decide on the final appeal.

“All the accused in the said case have been arrested and detained under Section 3(1) of the West Pakistan Maintenance of Public Order Ordinance, 1960 for a period of 3 months pending filing of the appeal in the apex court,” the Ministry of Interior said.

“Ministry of Interior, Government of Pakistan reiterates its commitment to follow due process under the laws of the country to bring terrorists to task,” the statement added.

According to the prosecution, the US journalist was on an assignment in Pakistan and trying to contact Pir Mubarak Shah Geelani in order to seek information regarding a person Richard Reid, later known as “the shoe bomber”, who had tried to blow up a commercial plane.

The appellants hatched a conspiracy in Rawalpindi’s hotel on January 11 to kidnap Pearl for ransom and pretended to be followers of Mr Geelani by telling journalist that they could arrange his meeting with him, the prosecution said.

Earlier, the Sindh government on Friday invoked the Maintenance of Public Order (MPO) law to keep the four men suspected of murdering US journalist Daniel Pearl in detention for another 90 days.

The orders were issued under Section 3 of the MPO a day after the Sindh High Court overturned the death penalty of prime suspect Omer Saeed Sheikh and acquitted his three accomplices in the case.

According to a notification issued by the Sindh Home Ministry, the release of Omer Saeed Sheikh, Fahad Naseem, Syed Salman Saqib and Sheikh Mohammad Adil could jeopardise the law and order situation in the province, thus necessitating their continued detention.

Talking to s TV channel, Foreign Minister Shah Mahmood Qureshi said we are surprised at the timing of the verdict and added that the order shall be challenged at a higher forum. Qureshi said Pakistan has sacrificed a lot in the fight against terrorism.

Also, the United States had expressed concern on the acquittal of all four suspects from terrorism charges, terming the development an insult to victims of terrorism everywhere. In a statement issued today, Principal Deputy Assistant Secretary of State Alice G. Wells said, “We welcome Pakistan’s decision to appeal the verdict. Those responsible for Daniel’s heinous kidnapping and murder must face the full measure of justice.” The SHC had on Wednesday completely acquitted three suspects of being involved in the kidnapping and murder of Wall Street Journal reporter back in 2002 and overturned the death penalty given to Omer Saeed Sheikh for murdering Pearl and instead handed him a seven-year imprisonment sentence for kidnapping the journalist.

Meanwhile, the United Nations stands against death penalty, the world body’s spokesman said when asked about the overturning by a Pakistani court of the murder convictions of four men accused in the 2002 killing of US journalist Daniel Pearl.

“I have no specific comment except to say that, obviously, we stand against the use of the death penalty. We do, however, strongly believe that there needs to be accountability for people who take the lives of others, especially, in this case, the life of a journalist,” Spokesman Stephane Dujarric said during UN’s online briefing in New York.

He was replying to a question about UN Secretary-General Antonio Guterres’ comments on the Sindh High Court’s verdict commuting the death sentence of al-Qaeds-linked Ahmed Omer Sheikh, the primary accused in the murder case. Pearl, 38, was the South Asia bureau chief for The Wall Street Journal when he was abducted in Karachi in January 2002 while researching a story about religious extremists in Karachi.