Home » Archives » News » YouTube localised version not in sight till 2015 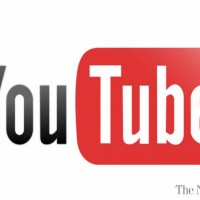 ISLAMABAD: Despite all the efforts of the government, a localized version of YouTube may not be in sight till 2015 because the prevention of electronic crimes bill would become applicable in June 2014 and only after that the website would consider launching a localised version if it finds it feasible in terms of business.

YouTube is banned in Pakistan for a long time due to the blasphemous content uploaded by an American filmmaker which the site had refused to remove saying it was against its policy.

The government and its departments earlier tried to block the sacrilegious content, but not the site. However when they could not block the blasphemous content they ultimately blocked the site to avoid riots in the country.

After several months of working the government prepared the draft bill called “prevention of electronic crimes bill” and then held a meeting with the Google and YouTube to convince them for a localised version for Pakistan.

It may be mentioned here that the electronic crimes bill does not just aim to facilitate YouTube, but otherwise as well was a requirement to take action against cyber crimes. The bill as per State Minister Anushey Rehman would be applicable in June this year.

Sources further said as far as it was about opening of YouTube or launching a localised version of the site, it was just a political matter; otherwise each Pakistani had access to YouTube at present through certain software that could unblock the content blocked by the government.