Home » Featured » Why rulers are fearful of media? 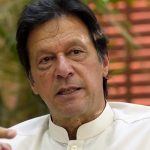 Present government of Prime Minister Imran Khan is not different from the past regimes when it comes to ‘restrict’ the media through ‘black laws’.

The rulers love independent press when they are in Opposition and hate the same when in power. Fresh attempts are being made to restrict the ‘social media’ through ‘secretive regulations’ aimed at checking voices of dissent which had already been unofficially banned in the print and electronic media.

Investigation revealed that these regulations had been under consideration for the past few months in the aftermath of some strong voices that emerged and despite restrictions on their speeches and public meetings they have been using ‘social media’ platform quite effectively. There were also some concerns about the activities of some other groups as well including outlawed.

Recently, some journalists working for the foreign media had been ‘warned’ for covering activities of a particular group and few even been called in ‘offices’ and were also briefed about it.

The way the rules and regulations for ‘social media’ were made without even taking Parliament into confidence raised many questions regarding the ‘author’ of these rules, which implemented could lead to ‘unofficial ban’ and harsh restrictions followed by actions against social media activists.

Prime Minister Imran Khan, who recently had advised people, may be in a lighter mood, not to read newspapers or watch prime time ‘TV talk shows’, met with reporters and bureau chiefs of different TV channels and newspapers Friday, and registered his complaint against the Press.

He claimed that he had endured ‘media attacks’ for the last two years more than anyone else and even named Pakistan’s largest media houses, Jang and Dawn, for what he called “publishing false stories” against him and the government.

To support his argument, he even asked his newly-appointed media aide Shahbaz Gill to tell the media about the alleged ‘baseless stories’ and the latter said there were 20 such news.

He said had such stories been published in Britain, such papers would have been ‘shut down’. PM especially gave example of alleged false news about his visit to China, due to which he said, it caused him lot of embarrassment. He even said he did not get any relief from the Pemra, against a TV channel, which aired a false story against him.

The premier has given the example of Britain, where media could face strong libel suit to an extent that some had been shut down because of heavy fine. Question is who has stopped the government or prime minister, from making strong ‘defamation Laws’, where verdicts shouldcome in months not years.

The law should be for all so that no other could level baseless allegations against anyone and it should not be confined to media alone. Who has stopped the prime minister and the government to implement the recommendations of the Media Commission, constituted by the Supreme Court in 2012, and the report is at the office of PM House and at information ministry.

Imran Khan before coming to power had promised to abolish information ministry, make PTV and Radio Pakistan autonomous bodies on the pattern of BBC and defend freedom of the Press. He once use to give credit to the media for supporting him. “I would not have been in a position where I am today, had you people not been around,” he once said in a public meeting and repeated the same on many occasions.

In the past also leaders promised to make law to protect freedom of the Press and freedom of expression. In the 70s, former prime minister Zulfikar Ali Bhutto also promised to free the Press and abolish National Press Trust (NPT) but used both. He did not tolerate the independent Press.

Gen Zia’s era was the worst as far as censorship and curbs on media were concerned when journalists were also flogged. Mohammad Khan Junejo and Benazir Bhutto’s first government resulted in some improvements and Press freely criticised their governments. Former premier Nawaz Sharif during his second government used both ‘carrot and stick’ policy. He used his head of Ehtesab Bureau, Saifur Rehman against the Press. Benazir during her second government banned six Karachi-based evening newspapers for few days.

Former president Pervez Musharraf’s era was a mixture giving freedom to media and then imposing restrictions. He himself once said he became victim of his own creation. But the fact remains that after initial policy of allowing licences to private TV channels, his government agencies used tactic to gag the Press.

However, since Imran Khan came to power he had been highly critical of the media and it was in the backdrop of his anger, his government cut down advertisements in a massive way, creating serious financial crisis followed by one proposed law to control the media followed by another. The crisis resulted in a massive wave of unemployment and delay in the payment of salaries followed by declared and undeclared restrictions, self-censorship.

At first the former information minister Fawad Chaudhry proposed Pakistan Media Regulatory Authority, by merging both Press Council and Pemra. It was followed by use of PECA, 2016, to control the social media through FIA, resulting in dozen of cases against journalists and rights activists. Those arrested were either released on bail or acquitted as FIA had no evidence.

The historic fact is that after the death of Quaid-i-Azam, almost every regime and rulers made laws against the free Press and not to free the Press.

Imran Khan will not be different from others if he follows the advice of his advisers that by imposing ban on bringing strict rules to control the media could help the government in crushing anti-government voices. The premier should learn from the past that the ban often proved counter-productive and leads to all kind of speculations and propaganda.

Responsibility can never come through restrictions or ban but, by accepting the voices of dissent and making laws to empower the media and at the same time making libel laws and editor’s institution strong.

The writer is a senior columnist and analyst of Geo, The News and Jang.