Home » Archives » News » Why filtering the internet is a bad idea 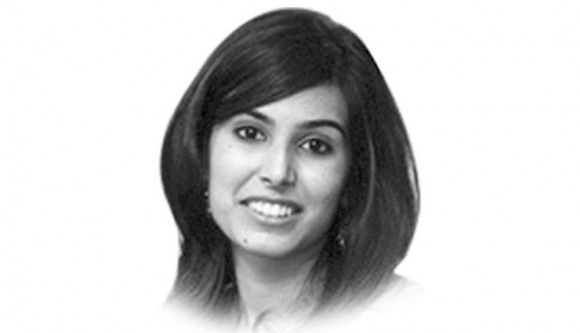 The writer is one of the directors at Bolo Bhi and has previously worked at Newsline
It is not about YouTube, just like it was never about Facebook in 2010. The issue was never limited to the reopening of particular platforms which were accessed through the use of proxies by Pakistanis despite the bans in place. The issue has always been of governance, of mandates and of ad-hoc, of non-transparent decision-making that lacks accountability.

The process for blocking — on paper at least — is as follows. The Inter-Ministerial Committee for the Evaluation of Websites (IMCEW) convenes to reach a decision. This decision is communicated as a directive by the Ministry of Information, Technology and Telecom (MoITT) to the Pakistan Telecommunication Authority (PTA). The PTA issues orders to internet service providers (ISPs) and it is at the ISP level that the blocking takes place. The IMCEW and the MoITT are responsible for policymaking, the PTA for enforcement. The ISPs simply comply.

Decisions are reached and imposed. Who is on the IMC — other than the various ministries and agencies — and what its decision-making process entails remains unknown. There is no public disclosure or documentation of the decisions, neither is public input taken into account. The only input, it seems, that is taken into account is that of violent mobs and law-breakers. And there is no way of challenging the decision other than going the court route.

Also, this process has been known to be hijacked by vested interests who, by sheer clout, are able to override it and ensure their own decisions are implemented — at whichever level.

Time and again, Pakistan’s internet users have been subjected to bans and blockades. Always, these decisions have been arbitrary as has been the manner of implementation. In the past, ISPs have acted as whistle-blowers for outing political censorship. And this, in fact, has been the only disclosure regarding decisions made behind closed doors.

But what happens if state-level filters are installed? Since the first day in office, Minister of State Anusha Rahman has maintained that as soon as filters are in place, YouTube will be reopened. According to the minister, filters will do the needful — block the video but provide access to the platform. Repeatedly, the ministry and others in government have been apprised of the dangers of filtering. But what’s really surprising is how the ministry seems to have found a solution in a few weeks time, just as the next court hearing is upon them.

It is pertinent to mention that twice the minister and the secretary IT were told to appear in court but excused themselves. The objective was for the political leadership to get involved, hear what everyone had to say and then take steps to resolve the issue. But the pursuit of filters displays a disregard for any input other than their own. While the court has not reached a conclusion on the YouTube case yet, it has raised the question as to why attempts to block should be made, when they can’t guarantee 100 per cent results; should there not be another solution? This was arrived at after hearing state and non-state actors extensively on the policy and technology aspects of the issue.

A solution to address the YouTube ban and similar issues has been pending for months, years, in fact, as the same challenge presented itself when Facebook was banned in 2010. According to the PTA’s submission to court, no system exists in Pakistan that can block HTTPS URLs, which is why particular links to the video could not be blocked, but the whole domain had to be. How has this system suddenly been unearthed by the ministry? And why, against the cautioning of civil society and experts, who have consistently maintained it will cause a huge breach of privacy and compromise online safety and security, is it being pursued? Accepting filters to reopen YouTube will be an extremely damaging compromise if it is made, much worse than the blocking of one platform.

To date, manual methods have been employed to achieve blocking. What happens when ISPs are also taken out of the picture? If filters are installed, would they be at the gateway level? According to statements issued by the ministry, PTCL is providing it with the technology for free, for a period of one year. Where does it intend to install this system? At the gateway level or at landing stations where internet traffic enters the country? If government-owned landing stations are given the sole right to operate the mechanism, who is to check what more than ‘objectionable’ — and whose criteria of objectionable — is taken down? And what of compromised communication security? Who becomes privy to everything one says or does on the internet?

What China with innumerable resources and finances has not been able to achieve, Pakistan thinks it can. As rapidly as blocking technology evolves, so do circumvention tools. Access through proxies has proved this much. Is it justified then to spend millions on technology that is easy to sidestep in the first place? Also important to remember is that China, Iran and Saudi Arabia are not models to emulate, not if Pakistan is a democratic country and the present government intends for it to remain so. What China, Iran and Saudi Arabia do is in the capacity of a non-democratic set-up. Democracies don’t allow for authoritarian mindsets that decide and impose decisions even if they override citizens’ rights. So, either Pakistan is a democracy, or it is not. And if it is, then democratic processes must be followed and rights must be protected.