Home » Featured » While regulating media…: Govt decision will be final 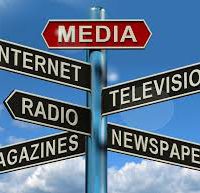 ISLAMABAD: The proposed Pakistan Media Regulatory Authority (PMRA) would regulate content for print, electronic and digital/social media under an “Ethical Code of Practice” to make it more responsive to the issues and concerns of the society in Pakistan, says an official draft prepared by the Ministry of Information.

The document titled “Proposed Mandate and Scope of the PMRA”, explains functions and composition of the authority. The government is planning to abolish at least four existing laws and introduce new legislation to introduce the proposed regulatory regime for media in Pakistan.

After reviewing the document, international and local experts have pointed out serious flaws in the proposed plan while expressing concerns about the future of freedom of expression in the country.

When contacted by The News, Information Secretary Shafqat Jalil confirmed the authenticity of the document but added quickly that nothing mentioned in the draft was final as a number of proposals are being considered in this regard. “This is one of the drafts shared with stakeholders,” Jalil said.

According to draft document, the new authority shall be responsible for regulating the establishment and operation of local, foreign electronic, print and digital/social media in Pakistan.

“The authority shall revise, update, enforce and implement the Ethical Code of Practice for the print, electronic and digital media that shall be laid down in the Schedule to the PMRA Act” says the document.

Under the new policy, federal government will establish Councils of Complaints which would be empowered to recommend action of censure, fine against electronic, print or digital media liscensees for violation of code of conduct.

Several laws will be abolished under the new system including the laws pertaining to registration of publication and printing press, press council, wage board and ITNE.

The draft says PMRA will work for exclusion of monopolies in media. “No person shall be entitled to the benefit of any monopoly or exclusivity in the matter of electronic, print and digital media and all existing agreements and contract to the extent of conferring a monopoly or containing an exclusivity clause are, to the extent of exclusivity, hereby declared to be inoperative and of no legal effect.

The draft says the chairman and members of the authority shall be appointed by the federal government and shall be persons who are well-known for their integrity, competence, expertise and experience in the field of media, business, finance, economics, engineering, law, management, journalism and mass media. Chairman and members shall be required to hold master’s degrees and 20 years of relevant experience.

Apart from the chairman, the body would have three members to head electronic, print and digital media divisions. Each of the four provincial governments would also appoint one member in the authority.

While assuring that the authority will preserve the freedom of press and speech as enshrined under Article 19 of the constitution, the document says the authority shall maintain “the highest professional and ethical standards of print, electronic and digital media with a view to making them more responsive to the issues and concerns of the society in Pakistan.

While commenting on the draft the experts from Canada-based Centre for Law and Democracy (CLD) and Islamabad-based Institute for Research, Advocacy and Development (IRADA), stressed the need for broad-based consultation on the proposed move involving all stakeholders, civil society and citizens.

“It is very welcome that Pakistan is reviewing its rules and systems for regulating the media, which is very important”, said Toby Mendel, Executive Director of CLD. “However, the current proposals fail to address, and in some ways even exacerbate, some of the most serious problems with the existing regime.”

According to Mendel whose organisation is involved in promotion of right to information in Pakistan, one of the key problems with the new proposals is that they seek to bring not only broadcasting and the print media under one regulator but also the “digital/social media”.

“This even extends to the idea of having one code of conduct for all of these media sectors. Another serious shortcoming is that even though the statements on the establishment of the regulator are very brief, it is already quite clear that there is no intention to make it independent of government, a key international law requirement in this area,” Mendel said.

Executive Director of IRADA Muhammad Aftab Alam says the government of Pakistan needs to go back to the drawing board and start with an open consultation about what is needed in this area. “We are willing to work with the government to make sure that the rules are in line with international and constitutional human rights guarantees,” Alam said while talking to The News.

He said under international law, licensing is not considered legitimate for the print media and even systems of registration for this sector are looked upon with suspicion. “There is no warrant for attempting to extend licensing to digital media,” he added.

“It is already clear that it will not be an independent body in the sense in which that is meant under international law, i.e. not merely a formally autonomous body but a body which is structurally independent of government. This runs directly counter to clear international law rules in this area,” he added.

He recommended that different codes of conduct should be created for the print and broadcast media and careful though should be given to whether and if so how to address these issues in the digital media.

“Any codes should not be set out in the law itself but should be left to be developed by the oversight body, in close consultation with media actors and other interested stakeholders.”