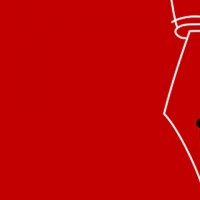 AS the UN marks the International Day to End Impunity for Crimes against Journalists today, it is worth asking why this particular turn of phrase is being used.

According to UN figures, over the past decade, 700 journalists have been killed the world over during the course of discharging their duties. This averages out to one death a week. In 2013, the UN General Assembly adopted a resolution proclaiming Nov 2 as IDEI — the date commemorates the murder of two French journalists in Mali that year.

Obviously, violence against those who work in the media is far more endemic when the figures beyond the number of deaths are tallied. And as the UN points out, the issue is not just about violence but also the culture of impunity within which the violence is unleashed. “In nine out of 10 cases,” the UN notes, “the killers go unpunished. Impunity leads to more killings and is often a symptom of worsening conflict and the breakdown of law and justice systems.”

In Pakistan, journalists operate in an environment that is far from safe or enabling. Yet, a curious sort of paradox is in operation.

On the one hand, the growth of the electronic and other media, and their general raucousness, mean that there is considerable freedom to report, including on topics that were until recently taboo; the country does not figure on the list of 10 countries where the Committee to Protect Journalists has shown the most censorship takes place.

On the other hand, though, violence against journalists is a serious issue, as is the culture of impunity. Since 1994, the CPJ counts 56 journalists killed in Pakistan where the motive was confirmed as related to the work they were doing.

Beyond this ambit, the actual numbers of media workers’ deaths rises exponentially. The suspected perpetrators include non-state actors as well as state-sponsored elements, as believed to be in the case of Saleem Shahzad.

Further, journalists — especially in hotspots such as Balochistan and Khyber Pakhtunkhwa — are regularly threatened and attacked. Many are caught in the cross hairs of both the militants and the security forces.

The way out — on paper at least — is fairly simple. The state needs to investigate and prosecute all cases where journalists are targeted.

The reality, unfortunately, is that the state has failed to demonstrate any resolve.

The killers of Daniel Pearl were tracked down as a result of sustained international pressure, while the murderers of Wali Babar too were tried, found guilty and sentenced after much prodding.

But these are the only two cases where any meaningful progress has been made. In doing so, the state sends out the signal that it will stand and watch as journalists’ voices are silenced. Until this changes, there can be little for Pakistan to be proud of in terms of media freedoms.