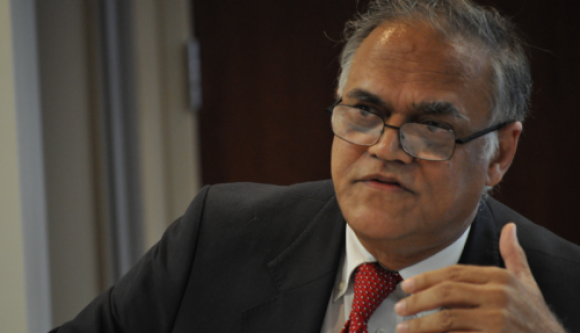 LAHORE: The launching of a report prepared by the Media Commission appointed by the Supreme Court on reforms in media sector was held on Tuesday at a local hotel.

Jabbar – a member of the Media Commission – said it was a cause of serious concern that the religious TV channels operating without licence were functional but those with licences were being shut.

He strongly criticised blacking out the Geo TV Network transmission by using the cable operators and described the attacks on the Jang Group vehicles as shameless acts. He said those celebrating the damage being done to Geo/Jang Group must not forget that they could also face the same treatment.

Jabbar also said that the ongoing crisis and infighting between different media houses had weakened media.

Talking about the report, he said the commission’s formation in January 2013 was based on the nine terms of reference (ToRs) given by Supreme Court. The commission worked in two parts. The first comprised recommendations related to the media’s role in elections while the second covered comprehensive reforms required in the institutional aspects of media.

He said these needed collective action by the Parliament, media, advertisers, regulatory bodies, civil society and all other stakeholders. Citizens’ feedback based on the recommendations was tabulated and included in the publication.

While talking about the recommendations, Jabbar mentioned that the electronic media faced a vacuum in authentic public service broadcasting. The role of advertisers in the media sector was highly negative while influencing its quality. The media owners must understand that citizens also had their media rights, he added.

According to Jabbar, news bulletins with film songs, jokes are getting worse. In the name of ‘infotainment’, the sanctity of news has been breached in the Pakistani media. There is also a need that each media house should have its own ombudsperson.

For reform in the legislative aspects of media it is recommended by the commission that a “media law review task force” be formed. The self-regulation of media is also important to be considered, for which a law is required to define self-regulation.

Jabbar mentioned that the responsibility of implementing the recommendations collectively rested on the government, Parliament, civil society, advertisers and any other regulatory and related body.

Sidra Saeed said it was in the interest of media to be more professional and independent. In the context of further consolidating democracy, the focus should lie on strengthening the institutional framework for media policy.

IA Rehman said the role of state was already explicit and the media regulatory body was already under the influence of such state-driven institutions. However, he said, the report was a starting point to initiate a discourse on free and fair media.

He described the present crisis as the worst period for journalism and said attempts were being made to deprive the journalists of their livelihood. They were being deprived of their rights, as media was facing curbs.

He questioned how the religious channels were being run without any advertisements.

He said for monitoring purposes, media and legal institutional mechanisms should be independent and strengthened.

Dr Mughees emphasised the role of state and government institutions to monitor the media institutions and their content to ensure transparency, both at internal and external level. He also said there was a need for a communication policy and to link it with cultural policy. The role of media organisation was more responsible and accountable for internal media incidents.

Yasmeen Aftab appreciated the recommendations and said Pakistani media had a glorious history. The media-based laws had opened the door to better regulations. But there were no regulatory mechanisms to regulate the media laws and as a result of which quality of work had been affected creating a lot of resentment among the viewers.

According to Yasmeen, most of the media owners follow a business-based approach. Collective response to the recommendations is the need of the hour.

Dr Nosheena Salim highlighted the importance of recommendation with respect to media freedom, safety of journalists and freedom of expression. She said the responsibility rested with media sector and government to adopt the recommendations.

Salman Abid in the light of these recommendations called for a national debate on the reforms and said the discourse should continue towards more transparent democratic practices. He also emphasised that media literacy should be promoted to make people understand freedom of expression and the concept of a just society.