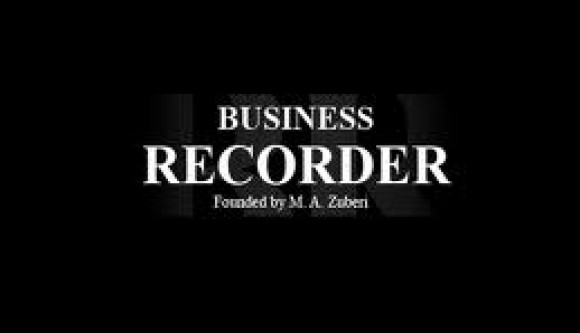 United States Ambassador in Pakistan Richard Olson has said that the US government strongly supports a vibrant and independent media in Pakistan to provide factual information to the people for holding their government accountable.

“I want to make it very clear that the US government strongly support your efforts to provide the people of Pakistan with credible and informed analysis of Pakistan’s democratic future. Pakistanis are calling for transparent, free, and fair elections as the nation moves towards the first peaceful transition to civilian power in Pakistan’s history. As journalists, you will play a central role in that transformative moment,” Richard Olson said this while addressing to the opening ceremony of the US-Pakistan Professional Partnership in Journalism “Alumni Media Summit” on Thursday organised by International Center of Journalists in collaboration with US Embassy Islamabad.

The US Ambassador said that the relationship between the people of the United States and the people of Pakistan is strong. Much of this is due to many people-to-people connections, we have established with Pakistanis like you, he said.

He added that the US-Pakistan Professional Partnership in Journalism Program creates understanding and builds bridges between our two countries through people-to-people connections. He said that more than 70 journalists from various TV, radio, and print outlets across Pakistan gathered in Islamabad for a three-day media summit. He said that the journalists are alumni of a US government-funded exchange program known as the “US-Pakistan Professional Partnership in Journalism.”

The US Ambassador said while addressing the summit, “first, you learn about the United States by experiencing it first-hand. You work side-by-side with American journalists in news organisations across America. You come away with new ideas for reporting in Pakistan based on your experience in US newsrooms, he said.

Richard Olson said that second, Americans learn from you and during your time in the United States, you teach Americans about Pakistani politics, society, and culture. You are the Pakistan ‘expert” for your American friends and colleagues, he said. He said that third, American journalists learn about Pakistan by exchange visits like the group we have here tonight from the United States. Through their interaction with you and other Pakistanis, they develop a much better understanding and appreciation of the people and the issues, he said.

“Finally, you develop your journalism skills. During this conference you will learn from American and Pakistani experts in the field, and they will learn from you. While addressing the opening session of “Alumni Media Summit” Minister of State for Information and Broadcasting said that the foreign media particularly western media should portray true picture of Pakistan. He said that foreign media is not highlighting true picture about Pakistan. “I have great confidence and I am thankful to foreign media persons who came here to have the real picture of Pakistan, he said.

He said that most of the society of Pakistan is enlightened and moderate. Few elements are hard-liners who are a friction of the society. Pakistan is fighting against terrorism and it is big victim of the menace. “You go back and tell the real picture of Pakistan and Islam to the world. Islam gives the message of peace and love. The people of Pakistan want peace,” he added.

The Minister said, “We have different cultures and values. But there is need to understand and respect the values of each other. We should see in-depth the culture of each country. “The Minister said that democracy is flourishing in Pakistan and first time a democratic government would transfer its power to other democratic government after holding free, fair and transparent elections. “We are in transition period. The PPP-Government will hold free, fair and transparent elections in the country,” he said.
He said that we are in favour of freedom of speech, expression and media. Media of Pakistan is flourishing. The media should set precedent of responsibility and ownership. He further said that the ups and down have come in Pak-US relations. He said that people to people contact would strengthen the Pak-US relations. We have to work together and no country can isolate us from rest of the world.