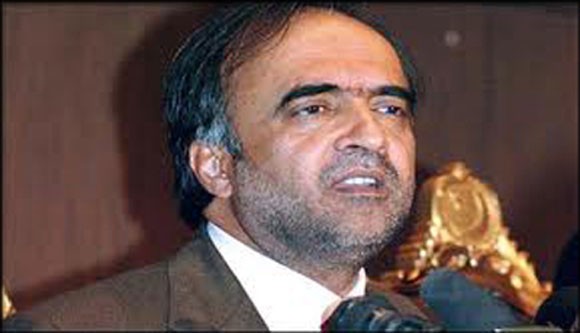 DINGA: Federal Minister for Information and Broadcasting Qamar Zaman Kaira on Sunday said that the PPP would seek people’s votes on the basis of its manifesto.

Speaking after administering oath to the newly elected office-bearers of Media Council here, Kaira said the PPP-led government had launched several development projects in the country which were the right of the people.

He said journalists were playing a vital role in creating awareness in the society. Freedom of media is part of the PPP manifesto and that is why there is no restriction on media in the country today, he added.

He said in other countries media organisations were closed down for publishing baseless reports, but here in Pakistan the situation was other way round. He said instead of enacting laws, the government provided media organisations an opportunity of self-accountability and the formulation of ethics code for media persons was being discussed today.

He urged the media persons to play their due role during the election process as their responsibilities increased manifold.

He said the PPP had ended the politics of hatred and introduced that of reconciliation, which was evident from the fact that there was no political prisoner in the country today.

He said elected people deserved due respect. Politicians could be political rivals but they were not enemies of one another.

He said that there was a dire need of tolerance in the society.