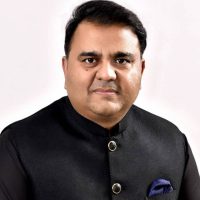 The federal government constituted a ‘content committee’ to approve the issuance of government advertisements to the print and electronic media on September 17, 2018. The committee is headed by federal Information Minister Fawad Chaudhry and includes the information ministers of Punjab, Balochistan and Khyber Pakhtunkhwa as well as the Special Assistant to the Prime Minister on Media Iftikhar Durrani and Senator Faisal Javed Khan. The notable omission is any representation for Sindh. The need and purpose of the committee have yet to be explained. The All Pakistan Newspapers Society (APNS) though seems to have seen through the intent of the decision. In a statement, APNS has expressed its grave concern at the move. It has described the step as a ‘surgical strike’ against the media that would endanger the independence and viability of the media and be used as a lever to curb press freedom. The action, APNS goes on, is contrary to the assurances of the Pakistan Tehreek-e-Insaf (PTI) government to not only uphold media freedoms but also the devolution of power to the provincial and district levels. Regretfully, APNS argues, the federal government has adopted a policy to control the print and electronic media through over-centralization of government advertisements that are the lifeblood of the media’s economy. APNS believes this is an encroachment on the powers vested in the provinces in the Constitution (particularly after the 18th Amendment). It emphasises that only a financially sound and vibrant media can perform the role of a watchdog of the people’s interests and safeguard democratic norms. In any case, APNS underlines, since the induction of the PTI government, the quantum of federal and provincial governments’ advertisements has declined drastically, causing an acute financial crunch, particularly for the regional and smaller media outlets. It has urged the federal government to immediately withdraw the policy and let the media play its essential role in the democratic system. Last but not least, APNS requested Prime Minister Imran Khan to intervene in the matter. APNS’s concern is well grounded. The media already suffers because of governments’ habit over the years of controlling their financial lifeline – government advertising – that constitutes their bread and butter. Any interruption or partisan diversion of such advertisements can cripple individual media houses or even the media as a whole. A constant complaint of the media is the tardy pace at which the accumulated dues on account of government advertisements are paid. The composition and stated purpose of the committee set up by the federal government and including the three provinces where the PTI is in power bodes ill for the media.

APNS’s concern regarding the effect of the federal government’s decision cannot be dismissed lightly, particularly when media freedom is already under attack from various quarters. Take for example the order of the Lahore High Court to issue non-bailable arrest warrants for Dawn Assistant Editor, Cyril Almeida, and place his name on the Exit Control List in a case pertaining to an interview he conducted with former prime minister Nawaz Sharif, and for which act of professional duty he has been charged with treason. PPP Chairman Bilawal Bhutto Zardari has expressed his surprise and dismay at the Lahore High Court’s order. He went on to state that this showed the media was under siege and facing the worst form of censorship. After all, Bilawal asked, what law did Almeida break in carrying out his professional duties and nothing more? The Human Rights Commission of Pakistan too has added its voice to those who feel the charge of treason is ill founded and tantamount to shooting the messenger. After all, as Bilawal reminded us, democracy without media freedom is a sham. APNS’s worry that the federal government’s move will result in downsizing and unemployment in the media is not without foundation. The PTI government should, in its own as well as democracy’s interest, withdraw this ill thought through and transparently anti-media freedom step.