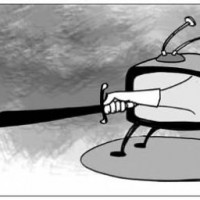 MUZAFFARABAD: The Azad Jammu and Kashmir (AJK) administration stopped on Saturday transmissions of unauthorised cable television channels in the light of a decision made by a high-level official committee in connection with implementation of the National Action Plan on counter-terrorism.

In a letter to the commissioner of Muzaffarabad division on Friday, the home department had expressed displeasure over inaction regarding transmissions of cable TV channels despite a decision taken on June 3 by the apex committee headed by Prime Minister Chaudhry Abdul Majeed.

The commissioner said he had directed the deputy commissioners of Muzaffarabad, Neelum and Hattian Bala districts on Sept 21 to close the TV channels operating without a licence. But no action was taken, which was a disregard to the decision of the apex committee and violation of the National Action Plan.

Following his fresh directive, the authorities raided the offices of three cable TV channels in Muzaffarabad and stopped their transmissions.

Reacting to the action, Khurram Shehzad, chief executive officer of Capital News, one of the three channels, said it was a “hasty and unlawful” move.

He claimed that a licence he had obtained from the Pakistan Electronic Media Regulatory Authority to run a cable TV network also allowed him to run an in-house channel.

Last month, he said, he had informed the government of his position in this regard.

“If the government had any objection, it should have written back to us to seek clarification,” Mr Shehzad said.

“But ironically, they took this action all of a sudden that has deprived local viewers of their right to stay informed about happenings in their area particularly when the mainstream electronic media does not spare airtime for events in AJK,” he said.