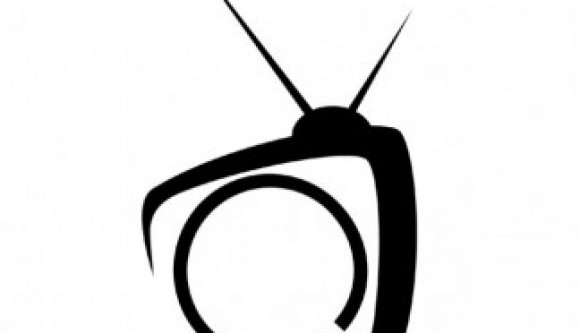 ISLAMABAD: In a disturbing development, it has come to light that some officials of an intelligence outfit are busy in things other than ensuring national security, writes Ahmad Noorani.

An ‘angel’ and the bureau chief of a news channel have been found strategising to put Geo News off air or to push it down to No 60 on cable networks a few days back. The Pakistan Electronic Media Regulatory Authority (Pemra) has yet to decide a complaint against Geo TV.

However, after Pemra issued a show-cause notice to Geo News a few days back, some “angels” started contacting cable operators and giving them “strict warnings” that Geo News must be pushed to the last number so that Pakistanis who love Geo News and other Geo group channels may not watch them. However, the exact identity and location of these powerful ‘angels’ was not clear. But, now the cat is out of the bag.

Angels in Lahore were continuously contacting office-bearers of the Cable Operators Association of Pakistan (CAP) and were issuing them instructions. On Monday April 28, a senior angel, Naveed, along with bureau chief of Express News, Lahore Mr Ilyas summoned a senior leader of the cable operators association in his office and asked him about the situation regarding implementation of previous orders to place Geo News on last numbers.

The president of cable operators association was informed that orders to place Geo News on the last number have not been fully complied with. President of the association assured implementation of the order.

Apparently, it appears that there is some dictatorship in the country.According to some cable operators, two other angels, Dawood and Usman, were also in contact with cable operators to get the orders implemented.

When the president of the association was contacted, he did not admit meeting Naveed on the said day. He stated: “Cable operators were pushing Geo News on last numbers on their own and no one has ordered them”.

When The News approached Mr Ilyas, Bureau Chief of Express News, for his version, in an interview he admitted visiting the angel on Monday and meeting him and the cable association president there.

He was asked that, according to The News’ information, the angels had asked for closure of Geo News by cable operators and their president was told so in that meeting. Ilyas insisted this order was not given and that he visited Naveed for some other purpose.

However, participants of the meeting confirmed to The News that both the Express Bureau Chief and the angel fully strategized shutting down of Geo and also monitored implementation of the orders.

The admission of Ilyas regarding his presence in the angels office with the president of cable operator association proves what was going on.Geo and Jang Group have similar evidence from Multan and Khyber Pakhtunkhwa.

Sultan Ali Lakhani, who owns Express Media Group, has very old relations with angels since the days when they had managed to make him a senator on the ticket of a pro-establishment party. He managed to take a big loan of around Rs4 billion from the government bank in name of a front company in the late 80s which was jointly owned by him and relative of a top politician.

Sultan Ali Lakhani never returned the loan as per the schedule and continued investing this huge amount in different businesses. Given his high influence and links with angels, he was untouchable for the investigation agencies. However, when NAB was established and an honest person like General Amjad was appointed as its first chairman, Lakhani was finally arrested for defrauding the nation. Because of the honesty of General Amjad, the then NAB chairman, angels remained unable to help him for some duration but finally succeeded in getting him free from jail after a mysterious plea bargain deal.

Lakhani ran away from the country after his release. He finally returned to Pakistan after angels were in full control and started a newspaper.

The total amount after around two decades was touching Rs6 billion because of non payment of the principal amount and interest. Still after passing of some 26 years the loan is not paid because of influence Lakhani is commanding because of his media house.

Everyone in the media industry knows and the same is discussed in meetings of the PBA and Advertisers Society that Mr Lakhani owns a front company run by the cable operators’ association president, Khalid Arain, which gave great benefits and attractions to cable operators. Given his decades-long relation with angels, Lakhani is now using this influence with cable operators to manoeuvre things and disturb or block Geo.

Not only this, the rating agency which compiles data about ratings of TV channels had alleged some years back that Mr Lakhani had given jobs to relatives of employees of this rating agency to influence them to give high ratings to his TV channels.

Pemra laws bar any broadcasting house to run or operate distribution networks (like Cable TV networks) however Sultan Ali Lakhani indirectly owns some cable networks in Pakistan and always disturbs transmission of Geo and its other channels. The government authorities concerned know all this but opt to remain silent for obvious reasons. Even during the present regime, a few powerful officials remain in continuous touch with him and help him to continue with his objectionable practices.

Following is the text of an official August 2, 2013 letter written to Sultan Ali Lakhani by former Pemra Chairman Chaudhry Rasheed. Former Chairman Pemra also wrote different letters to Geo News top management but never ever made any such allegation.

Allegations levelled by the former Pemra chairman are with proof and complete names of questionable businesses. This letter also explains as to who was trying to get Chaudhry Rasheeed removed and also provided PTI Chief Imran Khan evidence as to how cable networks are being illegally operated in Pakistan and by whom;

Subject: Life Threats to the person of the Chairman, PEMRA and Publication of Defamatory Material against him in “The Express Tribune” & “Daily Express” Dated 02-08-2013

May I take this opportunity to recall the contents of our telephonic conversation last night (01.08.2013) regarding raid and seizure of equipment of M/S Panorama Cable, Rawalpindi. While I was quite formal and respectful to your good self in selection of words, your tone, tenor and meaning was harsh, revengeful and threatening. You went to the extent of saying that you would do everything possible against me and my DG Farooq and that from tomorrow it would be a different world altogether. Today’s morning newspapers (August 02, 2013) particularly your publications, “Express Tribune” and ‘Daily Express” clearly manifested what threatening posture you had adopted last night and that what else you would do in the days to come.

2. Mr Lakhani, you may be aware of the fact that restraining public officials from doing their duty is tantamount to illegal interference in the official work.

4. Finally, you called me on 01.08.2013 at 8:49PM. However, I could not take the call and returned the call after some time. However, you started threatening me. I requested you to be calm and peaceful but you continued hurling threats at me and my family and facing serious consequences. You were perturbed for the alleged raid by Pemra team on the head-end of cable operator Panorama. I told you I had checked from the officer concerned who had informed that it was a routine inspection of a number of cable operators of Rawalpindi and no special raid was conducted against Panorama. I also assured you that Pemra conducts routine inspections, however, the office of the M/s Panorama Cable Network was closed in violation of Section 29 of the PEMRA Ordinance 2002, therefore, Pemra would send a notice to the cable operator. Upon that, you again started threatening me of serious consequences and said that from tomorrow it would be a different game and I would not be Pemra chairman anymore. I also inquired as to why you were so interested in the cable business whereas under the Pemra Rules 2009, a satellite TV licensee like you cannot enter in the cable TV business.

However, you banged the phone on me.

5. When I could not be influenced, you have published a totally false and fabricated story containing wild and scurrilous accusations against me in your newspapers “The Express Tribune” and “Daily Express” on 02.08.2013. The contents of the news report are not only incorrect, false and malicious but also defamatory and an attempt to carry out my character assassination. Pertinently, there is no FIR against me either in NAB or in the FIA. As head of PID in my previous years of service, I have been called by NAB a number of times in inquiries regarding payment of outstanding dues of advertising companies. Let me also put on record that my appointment to the post of Pemra chairman was made more than six months ago by the competent authority in accordance with the law.”

The stories mentioned in this letter are forthe removal of the Pemra chairman terming his appointment illegal. These were not published in daily Jang or The News.

Imran Khan and the TV anchorperson criticising Geo must also look at these revelations and reconsider his views about targeting a single channel.