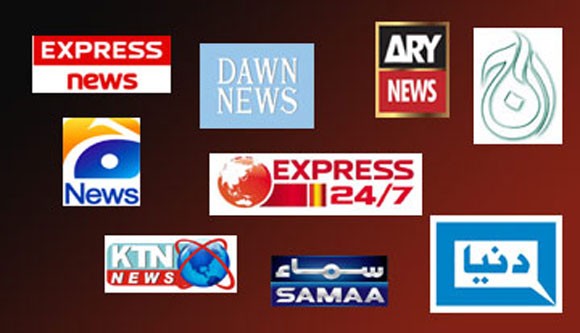 QUETTA: The hollow-cheeked father of the slain television cameraman, Imran Sheikh, bursts into tears while narrating the ordeal of his family. Imran Sheikh was killed in the line of duty during the recent bombings in Alamdar road area of the provincial capital along with Saifur Rehman of Samaa TV and Iqbal Hussain, a photographer of the NNI.

“I always thought that he would take me to my last resting place. But that was not to be,” Naseer Sheikh said in a broken voice. He said he was very happy when Imran got job as a cameraman at Samaa TV, and added that he never thought his son was in such a dangerous profession.

Imran’s two orphaned daughters, two-year-old Amna and one-year-old Hafza, were playing with dolls when we were offering fateha for the departed soul. As a father, he doted on them. “Once he came out of his house at midnight to purchase things for his daughters,” Ejaz Ahmed, an old colleague of Imran, said with tears in his eyes.

“It pains me when they speak of their father,” Kamran Sheikh, the girls’ uncle, said. Living in a mud- and brick-walled house of two rooms, the family has lost its sole breadwinner. The house is located in remote Muslim town area. Despite the growing incidents of looting in the area, Imran used to go to his house late in the night after completing his work.

Imran had been working in Samaa TV since beginning of 2008. He was considered to be one of the most talented cameramen in the city. “Ironically, Imran used to advise us to avoid going to dangerous spots,” Shehzad Anwar, a DawnNews cameraman, said.

“‘Please cover explosions from a distance and zoom in the visuals,’ he used to tell us,” Shehzad remarked.

Imran died when the second explosion hit the Alamdar road area on Jan 10. TV channels reported his death which was followed up by the news of Saifur Rehman’s killing. He worked as reporter for the same channel.

Saif was initially missing and the authorities confirmed his death four hours after the explosion. The intensity of the blast had damaged their bodies and faces and they could not be easily recognised.

“They are all such cruel people that they are not showing my son’s face to me,” Naseer Sheikh was quoted as blurting out at Imran’s funeral.

Over 24 journalists have fallen prey to bullets and bomb blasts in different parts of violence-plagued Balochistan over the past six years. The murderers are still at large and the authorities appear helpless.

While reporting on such heinous crimes, journalists live through a deep sense of insecurity. Many media organisations, whether print or electronic, don’t train cameramen or reporters to report from a safe distance.

Over 26 journalists were injured during different suicide attacks, bomb explosions and firing because they had not been instructed to avoid standing on the crime scene after its clearance by law-enforcement personnel.

Many of us know by now that one blast may be followed by another one and the second one is often more deadly than the first.

Two cameramen, Ejaz Raisani and Arif Malik, were killed in the same incidents. The rating race between the channels puts lives of reporters, cameramen and DSNG staff in peril.

A lesson should be learnt from the story of Imran Sheikh, Saifur Rehman and Iqbal Hussain. The families of the deceased are the worst sufferers.