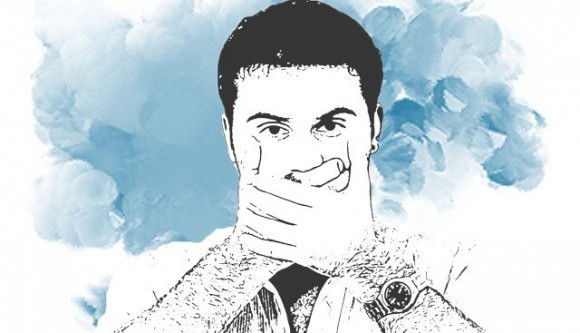 It has become a matter of routine for liberal and moderate voices to receive death threats for merely being exactly those two things; liberal and moderate. Many a times, it is not even a question of opinion that certain sections may strongly disagree with or even find abhorrent, but of verifiable facts. An opinion can be liberal or conservative, but facts are neither. They may appeal to those two sections differently but that has absolutely nothing to do with the authenticity of the given fact. But, this distinction holds little meaning for those who find it reasonable to call for the murder of dissenters, or believe it to be their right to be unreasonable when in pursuit of a perceived ‘greater good’. This is why not only opinion-makers and political commentators are targeted, but reporters too find their names on what is now popularly known as “the list”. There are a dozen of them; currently being circulated on the internet on various web pages and twitter accounts, some of which allegedly managed by banned outfits themselves.

Authorities responsible for curbing cyber crime appear helpless in shutting down such accounts, tracking down the location they are operated from or taking action as per the relevant laws. Owing to inaction and weak government policies, the lists continue to grow in number and size whereas the sense of security and confidence amongst journalists keeps diminishing at a steady rate. They think, perhaps they will not be as unlucky as Mr Raza Rumi to be fired at in a busy market in Lahore, but they also don’t believe they would be as lucky as him and escape unhurt if such an incident does occur. This is not an environment which can be deemed conducive to free discourse and debate, which is critical when confronting entities aggressively seeking hegemony.

Certain journalists are paying the price for saying and writing things which the people wish their leaders would find the courage to stand for. The significance of the voice of the journalistic community can be ascertained from the desperation of those who wish to silence it. It is easy to observe that while many journalists still remain unfazed, or pretend to be, and speak their mind, others are more vocal than ever before in support of those who wish to kill their co-workers. In order to really comprehend the drastic implications this campaign of fear and violence can have, all one needs to do is imagine a scenario where the media is quiet; mute on terrorism and terrorists, human rights and those who violate them, religion and those who claim its ownership and all else that is relevant. When the airwaves go silent, the streets will follow.