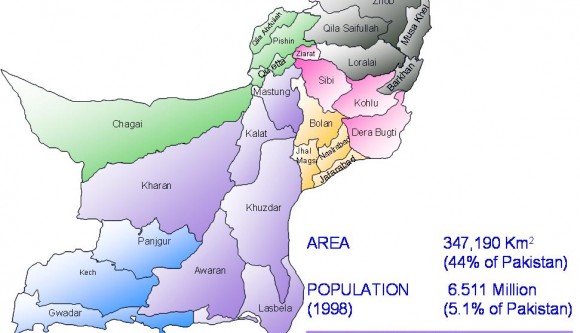 QUETTA: The Balochistan National Party-Mengal (BNP-M) on Saturday staged a protest demonstration outside the Quetta Press Club against target killing of journalists and dumping of mutilated bodies of missing persons.

The protesters were holding banners and placards inscribed with anti-government slogans.

Addressing the protesters, BNP-M General Secretary Akhtar Hussain Langov alleged that the state institutions had deliberately disturbed the law and order situation in Khuzdar, adding that the purpose of target killing in the city was to pave the way for establishment of a military cantonment in Khuzdar.

“We will not allow establishment of the cantonment in Khuzdar at any cost,” Langov said. He said journalist Abdul Haq was killed for being vocal.

Separately, the workers of Balochistan Muttahida Mahaz (BMM) staged a protest demonstration against kidnappings for ransom in front of the Quetta Press club.

BMM Vice Chairman Shams Mengal said that the purpose of the protest was to let the people know that kidnappings for ransom had turned into a lucrative business in Balochistan. He said that three activists of BMM, Abdul Qadir, Muhammad Khan, and Lal Muhammad were abducted and have not returned homes yet.