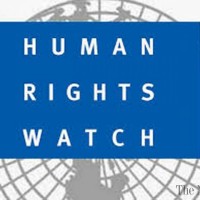 ISLAMABAD – The raid by a paramilitary force on a journalist’s house is just the latest attempt by Pakistan’s security agencies to intimidate journalists who criticise the government and military, Human Rights Watch (HRW) said in a statement issued from New York. On January 12, soldiers from Pakistan Rangers entered and, without a warrant, searched […]

WASHINGTON: The United States sent a clear message to Pakistan on Monday, telling all parties to the political impasse that it would not accept any effort to bring a change through violence or extra-constitutional means. “Violence and destruction of private property and government buildings are not acceptable means of resolving political differences,” said US State …