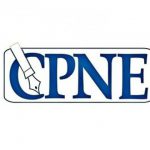 Council of Pakistan Newspaper Editors (CPNE) President Arif Nizami, Senior Vice President Imtinan Shahid and Secretary General Dr. Jabbar Khattak have expressed their grave concern over the speedy headway being made towards passage of legislation for the formation of the controversial Pakistan Media Regulatory Authority (PMRA) in the name of regulating the media. They recalled that the CPNE’s stand has already been conveyed through press releases, letters and a series of meetings with the Federal Ministry of Information.

In a joint press statement, they regretted that the CPNE had received no reply from the govt. in response to suggestions made in this regard.

They pointed out that such an attitude on the part of the government has sparked discontentment in media circles throughout the country. The CPNE leaders charged that the government planned to introduce centralized legislation which would provide it with a ‘one window policy’ to deal with the country’s print, electronic, digital and social media with an iron hand.  They asserted that the Ministry of Information had sent information to the CPNE on the proposed Pakistan Media Regulatory Authority in which, they added, laws of the United States, Malaysia, India, the European Union and Africa have been cited despite the fact that these laws cover only radio, television, cable satellite, internet and the digital platform and not the print media. They reiterated the CPNE stand that the print media should continue to function under the current laws of the country as, they said, there was absolutely no need to bring the print media under a special legal framework.

They said that it would be tantamount to ignoring ground realities if each category of the media including print, electronic and digital is handled under the same law ignoring their nature of work, unique circumstances, problems and procedures.

They vowed that no such law negating access to information and violating basic constitutional rights would be acceptable and made it clear that the CPNE would vehemently oppose every attempt to bring the media under unnecessary control in the name of regulation.

The CPNE leaders also warned the government that any attempt to control the media through special legislation would be unpopular and would not gain the support of the people. Moreover, they said, such an act would be undemocratic and unconstitutional and would, therefore, be wholly rejected by the media as well as by freedom-loving people.

The CPNE leaders were of the view that an ideal media regulatory authority should be answerable to parliament, the supreme court and the high courts rather than the Prime Minister’s Secretariat, the Cabinet Division or the Ministry of Information.

They recalled the prolonged struggle waged by the CPNE, the PFUJ, democracy loving political activists and the civil society to abolish the notorious Press and Publication Ordinance, adding that if the government insists on regulating the Electronic, Digital and Social Media on the basis of frequency and other reasons, they should assure the media fundamental rights such as media freedom and the right to information guaranteed by the Constitution of Pakistan.