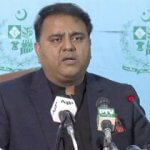 ISLAMABAD: The recently formed National Assembly Standing Com­mittee on Information and Broadcasting in its first formal meeting on Tuesday (tomorrow) will receive a briefing on the government’s move to set up the Pakistan Media Regulatory Authority (PMRA) — a new body to monitor and regulate all the media in the country.

Besides this, the committee headed by Mian Javed Latif of the Pakistan Muslim League-Nawaz (PML-N) is also expected to take up the issue of the ongoing controversy over the appointment of the managing director of the state-run Pakistan Television (PTV).

The agenda issued by the NA Secretariat for the meeting shows that the members will receive comprehensive briefing on the function/performance of the PTV and on the proposed legislation to set up the PMRA.

The federal cabinet had in its meeting on Jan 25 already approved formation of the PMRA that envisages merger of all the media regulatory bodies, including the print and ­electronic media.

With the formation of the PMRA, the Pakistan Electronic Media Regulatory Authority (Pemra) and the Press Council of Pakistan (PCP) would be merged into the new regulatory body.

The proposed legislation has already become controversial after its opposition by the representative bodies of journalists, newspaper editors and the owners of media houses.

Since the approval of the formation of the PMRA by the cabinet, Information Minister Fawad Chaudhry has been active in lobbying and holding consultations with the opposition parties to ensure smooth passage of the law from both houses of parliament.

Sources said the information minister had already arranged a couple of briefings for the members of the opposition parties on the issue, but he had not been able to get their support. They said the opposition members, mainly belonging to the PML-N and the Pakistan Peoples Party (PPP), had suggested to the minister to hold a thorough debate on the proposed legislation at the appropriate forums.

When contacted, PML-N spokesperson Marriam Aurangzeb confirmed that Mr Chaudhry had approached them on the issue and sought their cooperation.

She said the opposition had asked the minister to debate the issue at the parliamentary forum and it was good that the government had accepted the proposal and now the NA committee would receive the briefing on it.

In reply to a question, Ms Aurangzeb said that she believed that the draft prepared by the government was “very weak”. She said there was no need for setting up a new regulatory body when the laws to regulate the media were already there.

Some critics claim that after putting the electronic media in crisis by cutting down the rates of their advertisements, the government wants to rein in the print media.

The All Pakistan Newspapers Society (APNS) and the Council of Pakistan Newspaper Editors (CPNE) had criticised the decision to set up the PMRA. The APNS termed it a “regressive measure”, while the CPNE described it as a move aimed at curbing the freedom of print media.

The Pakistan Federal Union of Journalists has also opposed the government’s decision to establish the PMRA.

Briefing a meeting of the Senate Standing Committee on Information last month, the information minister had said that advancement of technology had led to converging of all news and entertainment media in mobile phones.

He also tried to dispel the impression that the new regulatory body was being established to curb media freedom in the country. He said the media in Pakistan enjoyed more freedom than any other country in the Muslim world as well as in the Third World.

“The present government believes in freedom of expression and does not want to impose any curb on free media,” the minister had told the committee.