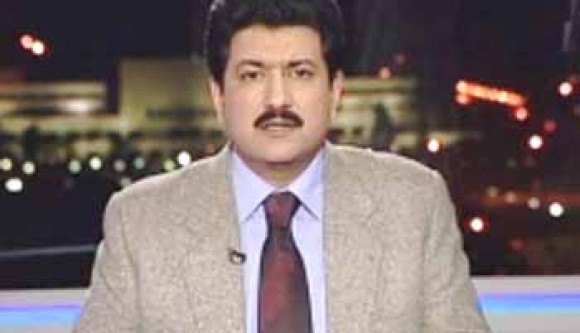 Karachi: Sindh Minister for Information and Archives Sharjeel Memon has said the Sindh Assembly would bring a resolution on Monday to condemn the murderous attack on senior journalist and TV anchor Hamid Mir.

Talking to The News on Sunday, he said that a written request had been sent to the federal government to provide relevant data from some cellular companies, besides the statements of eyewitnesses had also been collected in connection with the investigation of the case.

Memon said the government was also collecting evidence and investigations had been started. Following the receipt of the relevant data and records from the federal government, the investigation into the matter would be geared up and the Sindh government would leave no stone unturned to arrest the culprits.

The minister said that he had visited the hospital and inquired about the health of Mir, while former president Asif Ali Zardari and Bilawal Bhutto were in constant touch with the family of the journalist.

He said all the PPP leaders were praying for the early recovery of Mir.

Meanwhile, Sindh Assembly Speaker Agha Siraj Durrani strongly condemned the attack on Mir and said the government would take all measures to arrest the culprits. He expressed his sympathy with the journalists community, saying the PPP government had always supported the cause of the media since the party believed in freedom of expression.

Durrani said the new IGP had just taken the charge and should be given some time to restore law and order in Karachi. Terrorism in Karachi is an old issue and it cannot be addressed overnight, he added. He said the Sindh government was also seeking help from the federal government to address the issue of terrorism.

Talking to the media after inquiring about the health of Mir at the hospital, he said it was the responsibility of the provincial government to probe the incident. The minister assured that the federal government would provide all-out support.

Answering a question, Rashid said it would be premature to say anything as investigation was still at the initial stage. Mir had been striving for the supremacy of constitution and democracy, he said, terming the attack an attempt to stifle the media.

He said those involved in the attack were not sincere with democracy. He called for joint efforts to uphold the freedom of press and vowed that the culprits would be brought to justice.