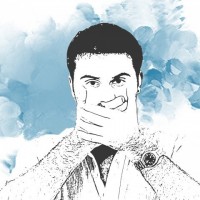 KARACHI: Inspector General of Police Sindh Shahid Nadeem Baloch after the Friday’s attack on the media team of Express News has directed the police to take appropriate measures for the protection of media persons, working both on and off the field.

According to a statement issued on Saturday, Baloch asked the police officials to maintain a close liaison with media companies and take the necessary security measures in consultation with them. He also directed to increase snap checking and conduct targeted operations to arrest terrorists and other criminal and anti-social elements. Orders to provide bullet-proof jackets, helmets and modern weapons were also issued by the IGP.

Central jail on red alert: Security has been put on high alert at the Karachi Central Jail in view of risk of a possible terrorist attack. According to the police, heavy contingents of police and Rangers have been deployed outside the jail premises, while the roads have been closed for normal traffic.