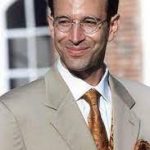 ISLAMABAD: The Supreme Court will resume hearing on the appeals of the Sindh government and Daniel Pearl’s parents against the Sindh High Court’s judgment to release the alleged murderers of the bureau chief of the Wall Street Journal in Pakistan from January 5.

A three-judge bench of the apex court, headed by Justice Mushir Alam, on many hearings had turned down Sindh prosecutor’s request to grant stay against the release of the accused and had also not suspended the SHC judgment.

The SHC, therefore, on December 24th, 2020, set aside the provincial government’s detention orders of four men, which it had ordered eight months ago to set them free.

The provincial government had detained the accused under the Maintenance of Public Order.

Acting Attorney General Jeffrey A Rosen, in a statement on December 29, 2020, expressing concern on the SHC ruling to release the accused, said it (the US) would not allow a man who was convicted and later acquitted in the 2002 murder of American journalist Daniel Pearl to evade justice after a high court ordered his release.

A division bench of the SHC, Karachi, on 2nd April 2020 acquitted the accused.

It also held that the subject case does not fall within the purview of the Anti-Terrorism Act, 1997, and Omer Sheikh is entitled to both remissions in accordance with law and the benefit of Section 382-B, of the Criminal Procedure Code, 1898.

Trial Court on 15-07-2002 had convicted Ahmad Omer Saeed Sheikh and awarded him death sentence, while Adil Sheikh, Salman Saqib and Fahad Nasim were given life imprisonment under Section 7 of the Anti-Terrorism Act, 1997.

In the last hearing, Siddiqui, counsel for Daniel’s parents – Ruth Pearl and Judea Pearl – told the apex court that the main accused, Ahmed Omer Sheikh, wrote letter to the SHC, acknowledging role in abduction for ransom of Daniel Pearl and knows who had murdered the bureau chief of the Wall Street Journal in Pakistan.

The accused has asked for remission in sentence, awarded by the trial court, he added.

Faisal Siddiqui had informed about the postmortem and the DNA reports, which confirmed that decapitated body was of the Wall Street Journal journalist.

He, however, contended that the SHC, in its April 2020 judgment, ignored these facts due to the negligence of the prosecution.

Siddiqui informed that it came to his client’s knowledge the first time after the SHC’s judgment.

He argued that even if this was the negligence of the prosecution, the SHC should have considered it.

He contended that the appeals were filed against the trial court’s judgment in the SHC, which announced verdict after 18 years, i.e., in April 2020.

The bench, however, questioned how additional documents about the murder of Daniel Pearl could be placed before it, when those were not provided to the SHC, and were not even before the trial court.

Siddiqui’s stance is that the apex court should not ignore these documents, if those could not be brought to the knowledge of the High Court, due to their negligence of the prosecution.

“Was it not the duty of the High Court to recall the postmortem and DNA reports and additional documents regarding the matter,” the counsel has put this question before the Supreme Court.

Daniel Pearl was killed in Karachi in January, 2002.

His wife Mariane Pearl on 04.02.2002 had filed an FIR at Artillery Maidan Police Station, Karachi.