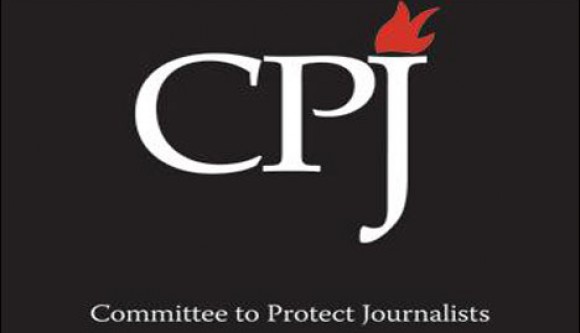 New York: The Committee to Protect Journalists calls on all sides to respect the role of journalists and media workers covering an anti-government demonstration in Pakistan. Journalists from various news outlets have been attacked while covering the “Freedom March”, according to news reports.

“We note that the organizers of the ‘Freedom March’ have condemned these attacks but they must do more to control their supporters and ensure the safety of journalists covering the protests,” said CPJ Deputy Director Robert Mahoney. “Whatever message demonstrators are trying to convey, it’s unlikely that beating reporters and news crews is going to do the job.”

At least four crew members from Aaj News, including digital satellite news gathering engineer Iqbal, cameramen Usmaan, Iqbal, and Samaarat, (identified by single names only) were beaten today by workers from the opposition Pakistan Tehreek-e-Insaf (PTI) party while covering a speech by PTI leader Imran Khan during a sit-in in the capital Islamabad, the private news channel reported. The four were treated in hospital for minor injuries, reports said.

Journalist and International Press Freedom awardee Umar Cheema, who has documented the attacks, told CPJ by email that those involved were PTI workers. News broadcasts showed the attackers wearing orange jackets that identified them as official workers who had been brought in to manage the march.

In recent days, tens of thousands of demonstrators have participated in the demonstration, which has traveled from Lahore to Islamabad, and was organized by the PTI and the anti-government cleric Tahir-ul-Qadri. The protesters are demanding the resignation of Prime Minister Nawaz Sharif over allegations of electoral fraud.

A Samaa TV crew were also harassed at the march by workers who confiscated their footage on Sunday after covering claims that a woman was harassed at the sit-in, according to news reports and tweets by Gharidah Farooqi, a journalist with the private news channel.

In a separate incident, journalist Babar Malik from the private news channel ARY News, was beaten by Pakistan Muslim League-Nawaz (PML-N) supporters on Thursday while covering a rally that PML-N had organized to show solidarity with Sharif, according to reports. Local PML-N leaders Hanif Abbasi and Ziaullah Shah helped rescue Malik, who was bruised but not seriously injured during the attack in the Faizabad area of Rawalpindi. The news channel said he was attacked for having reported on the opposition rally.

Between August 15 and 16, several journalists and media workers from the privately owned Geo TV were also assaulted or harassed while covering the PTI-led rally, according to news reports and Cheema.

Along the route of the march a crowd began kicking and striking a Geo digital satellite news gathering van with batons while staff, including reporters Arshad Waheed and Farhat Jabeen, were inside. They warned the crew they would set fire to the vehicle if they did not leave the area within 10 minutes, according to reports.

Demonstrators snatched a mic from Geo reporter Azaz Syed when he was about to go on-air while covering the event from the Zero Point interchange in the capital, Islamabad. The demonstrators then surrounded Syed and forced him to flee, according to reports.

PTI party workers attacked Saif-ur-Rehman, another Geo journalist, forcing him to flee. As Rehman set up his mic, which displayed a logo for Geo TV, a group of men approached him from behind. One of them pounced on him and started yelling: “Get lost. You work for the traitor channel,” Cheema told CPJ. GEO TV cameraman Shabbir Ahmed had his camera broken by PTI workers and another cameraman, Khurram Shehzad, was beaten and had his equipment damaged, according to reports.

The PTI condemned the attacks on journalists and Khan apologized, according to news reports and the International Federation of Journalists. But The News International reported that Khan had criticized Geo News and the Jang group, Pakistan’s largest newspaper company, during a speech on Saturday night, saying: “You are making propaganda against me.”

In a separate incident, unidentified men who appeared intoxicated, attacked an ARY News team in Rawalpindi along the rally route from Lahore to Islamabad on August 14, according to the news channel. PTI party workers intervened and helped lead the crew, who have not been named, to a safer location. A driver for the channel, who was not named in news reports, was taken to a hospital to be treated for head injuries.