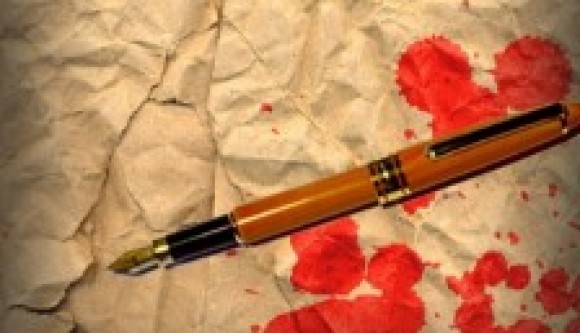 WASHINGTON: The funeral toll pierces the hall like the dying shriek of each of the 82 journalists whose names were read out at a memorial re-dedication at the Newseum in Washington on Monday. Seven Pakistani media men were among those honoured.

Pakistan, ‘one of the deadliest countries in the world for journalists,’ saw another seven journalists killed in 2012 in relation to their work. On Monday, their names were read out and their pictures were flashed on a screen as they were accorded space on the Newseum’s memorial wall – built to honour journalists killed in the line of duty. The wall so far features 2,244 journalists from across the world, killed over the years.

The keynote speaker on Monday’s re-dedication was journalist Richard Engel, the only Western correspondent to have covered the entire Iraq war and the Arab Spring. He spoke about his kidnapping in Syria, an ordeal he and his production crew had to suffer for five days Engel also remembered colleagues Marie Colvin and Anthony Shadid, both of whom who were killed while covering the conflict in Syria.

As many as 88 journalists were honoured on Monday. 82 of them had died in 2012, while six other journalists who had died and were brought to Newseum’s notice in 2012 were also honored.

The Newseum is a 250,000-square-foot museum of news situated in Washington DC, USA. It also has a journalists memorial which pays tribute to reporters, photographers and broadcasters who have died reporting the news. The names of 2,244 individuals from around the world are etched on the glass panels of the soaring, two-story structure. The memorial is rededicated each year to add the names of journalists who lost their lives on the job in the preceding year. Adjoining the memorial are photographs of hundreds of those journalists, and electronic kiosks containing data on every honouree.