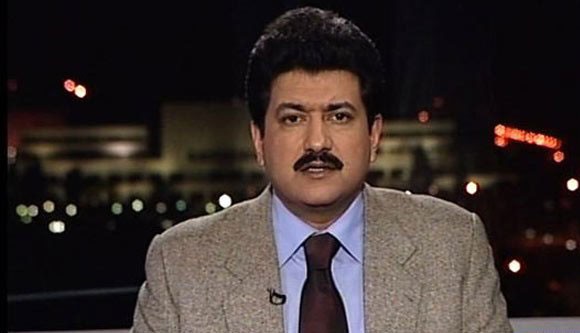 An improvised explosive devise containing have a kilogram of explosives was attached under Mir’s car as he was coming back from the market along with his driver in the morning. He called the police and Bomb Disposal Squad (BDS) which succeeded in disarming the bomb. The Inspector General of Police (IGP) said the proper investigation would be started soon from the market place with the help of closed-circuit television (CCTV) cameras installed at various places.

No one has claimed responsibility for the attempted explosion. Last month, Mir was criticised by the Pakistani Taliban for his column published in Urdu-Language daily newspaper “Jang” against the shooting of teenaged rights activist Malala Yousafzai. He has also remained critical of the role of intelligence agencies in enforced disappearances cases in Balochistan in his talk shows. However, the intelligence officials earlier said Taliban have sent the message that many suicide bombers have been assigned to attack journalists, with Geo TV at the top of the list of targets because of its wide coverage of the attack on Yousafzai by Taliban. Mir said he would not be scared of these attacks.

Pakistan Federal Union of Journalists (PFUJ) expressed its serious concern over bid to attack Mir . PFUJ Secretary General Amin Yousuf said: “Such acts amounted to silencing those who support freedom of expression. But media would never be silenced. “He said there has been a surge in attacks on the media which is a deplorable trend and it is the responsibility of the government to provide protection to the journalists.