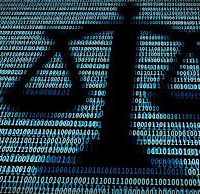 ISLAMABAD – The Supreme Court on Thursday dismissed bail of a Christian man involved in violating the Prevention of Electronic Crimes Act (PECA) 2016 by sharing objectionable photos of a woman on social media and blackmailing her.

Deputy Attorney General Syed Nayab Gardezi appeared before the bench and represented the state. He defended the LHC order and opposed the bail application of the accused.

Masih contended that all these facts, when seen together, lead to this Court to draw as inference that prima facie prosecution has no sufficient incriminating material to connect the accused person with commission of offence as the same definitely leave room for further inquiry into the guilt of the petitioner. After the hearing, the bench dismissed the bail application.  The married woman is resident of District Sheikhupura having three children. According to the prosecution, the woman is patient of depression and getting its treatment. The alleged person Masih is her family relative while her husband is living abroad.

The prosecution states that the complainant consumes sleeping medicines on the advice of doctor due to her depression. The Prosecution further states that Masih, being her relative, used to visit her house. One day he visited her house when she was asleep, said Prosecution.

Masih, on seeing that she is sleeping, took her objectionable pictures. However, the complainant woman says that she had no idea when the alleged visited her house.

After taking objectionable pictures, Masih started blackmailing her and forced for wrong acts. However, on refusal the accused person sent the pictures to her husband on Whatsapp. Masih also sent vulgar messages to complainant’s husband. Due to this, Masih made matrimonial life of the complainant woman miserable.

“Although, the offence with which the petitioner charged does not fall within the ambit of prohibitory clause but he is involved in a heinous offence and committed the crime against society which makes the life of a lady having three children so miserable which may develop strained relationship between spouses,” LHC’s Justice Muhammad Qasim Khan observed in its order.

LHC’s order of November 23 of 2018 whereby bail was rejected also observed that in every case which does not fall within the ambit of prohibitory clause, bail cannot be claimed as a matter of right and in exceptional circumstances, same can be withheld.  “In this case, the petitioner by his act is spreading obnoxious evil in the society and such act must be discouraged and devastated with iron hands in order to make the society peaceful,” it further observed.

During investigation, technical analysis of Masih’s phone was also conducted according to which alleged pictures and messages were found available.

“Prima-facie, sufficient evidence is available on the file to connect the petitioner with heinous offence,” LHC stated in its order.

“According to the technical analysis of the digital media i.e. honour mode KIW-L21, colour ‘grey’ seized from the accused person namely Sabir Masih, objectionable pictures of the complainant have been found in Whatsapp.” Further abusive and obscene messages have also been found sent to Whatsapp numbers, says the technical report.