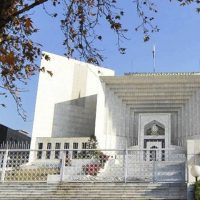 The court, however, postponed further proceedings to consider whether the regulator had the authority to restrict airing of any foreign content and does such prohibition fall within the purview of Article 19 of the Constitution which ensures freedom of expression. The next date of hearing in the case will be decided later.

Pemra on Oct 19, 2016 imposed a blanket ban on all Indian content after relations between Pakistan and India soured against the backdrop of the Uri attack a month earlier. But the LHC on July 18, 2017 lifted the Pemra ban by declaring it null and void. Pemra had filed a petition in the apex court, challenging the LHC’s order.

Senior counsel Mudassar Khalid Abbasi, who represented Pemra, pleaded before the apex court that the 2006 permission of telecasting Indian content by different electronic media channels in Pakistan was conditional and subject to reciprocity on the part of Indian channels. He pleaded before the court to set aside the LHC order.

During the hearing Justice Ahsan wondered whether the high court had the domain to intervene in the affairs of Pemra. The apex court also observed that under Section 19 and 30(2) of the Pemra ordinance, the regulator had the authority to block any content if it considered it against the public interest and even alter the terms and conditions of a channel’s licence at any stage.

Tracing the history of the matter, the Pemra petition recalled how in January 2006 the then prime minister in a meeting authorised the regulator to draft a policy that Pakistani television channels can show small percentage of Indian content.

Subsequently, Pemra in its 36th meeting of February 2006 allowed 10 per cent foreign content to private channels of which 40pc (4pc overall) may be English content and the rest 60pc (6pc overall) may be Indian or other content.

Later in line with its decision of the 120th meeting of Oct 9, 2016, the regulator withdrew the 6pc Indian content, adding in future Indian content would not be allowed to broadcast or distributed in Pakistan except on the basis of matching reciprocity by India.

The petition explained that Messers Leo Communication (Pvt) Ltd (Filmazia) had instituted a petition before the LHC on March 2, 2017, seeking a declaration that Pemra’s Oct 19, 2016 circular was against its Ordinance of 2002 and, therefore, should be held illegal, without lawful authority and of no legal effect.

The LHC, however, set aside the Oct 19, 2016 circular by declaring it as unconstitutional and illegal.

The petition asked was the high court declaration an academic exercise in wrongly and ornamentally interpreting public interest. Was the high court wrongly interpreted the fundamental right to freedom of speech and expression, flaccidly pleaded in terms of merely mentioning Article 19 in only one of the grounds when the main thrust of the petitioner before the high court was on its right to business of the foreign content.

The regulator also asked whether the high court wrongly held channel’s ‘right to choose a programming mix and broadcast 6pc Indian content under the licence agreement was premised on the fundamental right to free speech and expression.

Whether not the high court while interpreting the legislative scheme, including the fundamental right to freedom of speech and expression, wrongly enlarged its scope, in effect embedding Indian content within its’ otherwise judicially evolved by degrees multidimensional categories of free speech.

And whether the high court’s judgement under question, perhaps indirectly placed Indian content upon a higher pedestal within the categories of free speech and expression, when, in fact, the same may, at best, be given the status of commercial speech or expression, if that, since admittedly the broadcast media licensees are only concerned with economic considerations of profit and loss, the petition said.