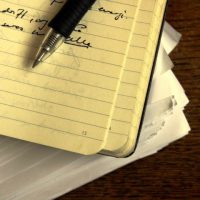 QUETTA: Adviser to the Balochistan Chief Minister on Sports, Culture and Youth Affairs Abdul Khaliq Hazara has highlighted the importance of media in the development of society, saying the face of Pakistani media is being changed and women are the catalyst of this transformation.

“The media-persons always work with devotion and highlight the issues faced by the province,” said the CM’s adviser while addressing the closing ceremony of the five-day training programme organised by the Pakistan Women Media Centre for Mass Communication students of different institutes at the Quetta Press Club on Tuesday.

“The government is working towards resolving the difficulties faced by the media and is taking serious steps for the welfare of the journalist community,” said Hazara, adding that the print and electronic media should highlight the steps and policies adopted by the government for development, welfare and stability of the province in addition to resolving the issues of the public.

He lauded the efforts made by the Pakistan Women Media Centre for enhancing professional capabilities and skills of women journalists.

The CM’s adviser urged the female journalists to launch a campaign for creating awareness among women about the importance of their vote and increasing their participation in the decision-making process.

“It is impossible to accomplish development goals if women are denied meaningful political participation,” he said. “No country can reach its optimal potential if its female citizens are denied full equality.”

He said countries that were successful today had involved women in the decision-making processes and that was improving their living standards and ensuring development.

Elaborating further, he said an industry that was traditionally run by men was witnessing a gender shift as “more women have entered the Pakistani news media industry during the last decade”.

The number of women journalists was increasing in urban centres in English-language newspapers and in news channels, he added.

Terming corruption as the biggest obstacle in the path of development, he urged the media to play its full role in eradicating “this social evil from our country”.

She said in this way they could help Balochistan’s women have equitable opportunities of participation in political set-up.