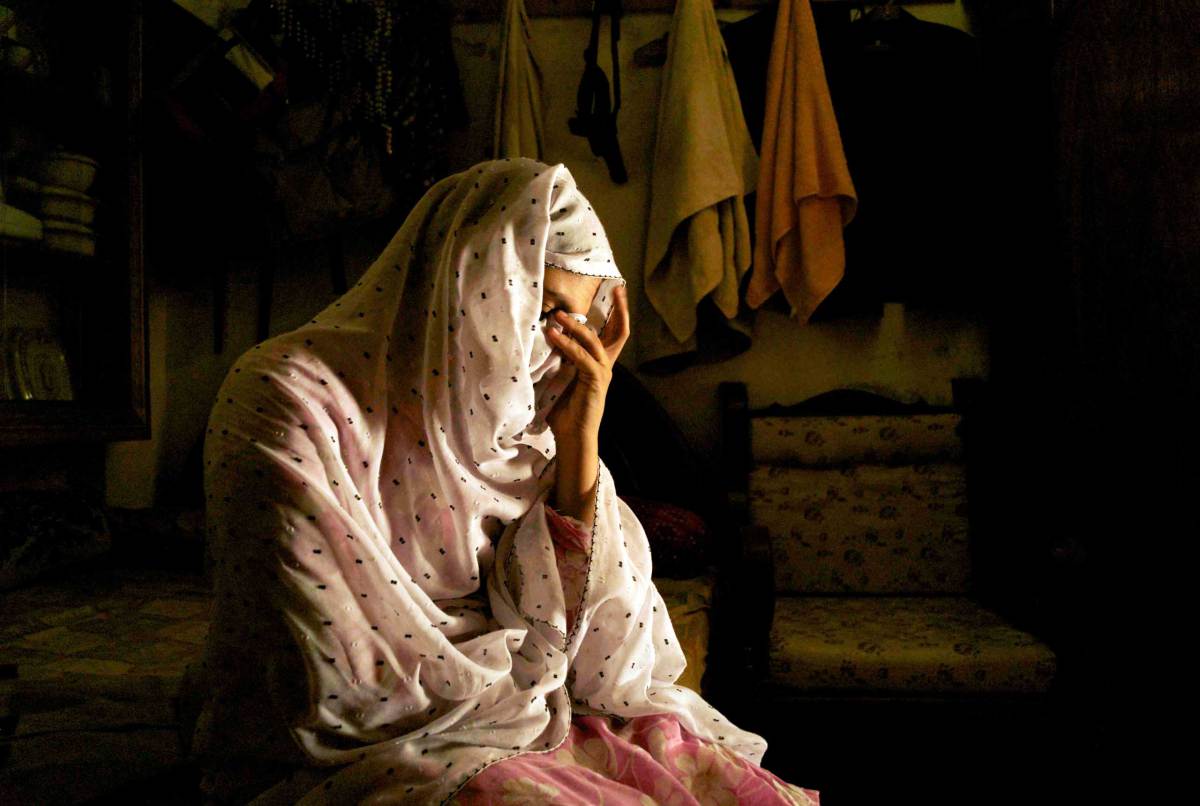 With the rise of extremist movements around the world, journalists have become prime targets in a war of communication both in the field and back at home, once their images have been published, as photographer Alixandra Fazzina learned this week.

After five years of working in Pakistan documenting the intimate daily lives of women and children, the London-based NOOR photographer has now become the target of death threats after her work was published in a national British newspaper. “This weekend, some of these stories were published for the first time in The Guardian magazine and online. I received a lot of hate mail and I’ve seen a lot of people erode my credibility on social media. They were intent on trying to destroy me.”

Fazzina was due to travel to Pakistan on Nov. 20, but she has since received warnings from diplomatic sources about “a credible and direct threat against my life,” she says. “I’ve taken risks in Pakistan, but they were very weighted up risks,” she says. “I don’t want to kill myself for a story.” Now, she feels, fear has caught up to her in London.

Fazzina started her career as a frontline photographer covering under reported conflicts in Angola, the Democratic Republic of Congo and Northern Uganda. “Over the years, my work has changed” she says, “It’s gone on instead to look at the consequences and fallout of wars.”

In 2008, after working on a long-term project in Somalia, she moved to Pakistan. “When I arrived, the effects of extremism were really starting to hit home,” she says. “One of the first things I did was to cover what was essentially Pakistan’s first frontline in the tribal areas. It was the first time that Pakistan’s military had engaged and began an operation against the Taliban there.”

Pakistan has been facing conflicts on multiple fronts – from separatist movements in Balochistan to homegrown Pakistani Taliban factions spreading violence across the country and all the way to Karachi – in June, 28 people were killed in a coordinated attack at Jinnah International Airport in the country’s economic capital.

Fazzina’s ambition was to document the consequences of these conflicts. “What I want to get across is how much civilians suffer and to try and tell their stories, to show what the real effects of war are away from the frontlines,” she says. “Millions of people in Pakistan are still suffering now, and they’re not getting any assistance.”

In her photographs, Fazzina has tried to avoid pointing the finger at one particular culprit, instead putting the blame on all participants. “I’ve covered victims of collateral damage, victims of airstrikes, victims of drone strikes. I covered people suffering from the military, from foreign intervention in region and also from the Taliban. I’ve tried to cover victims of war from all sides because I believe that in any theater of war, all players are responsible.”

After diplomatic sources in Islamabad warned her of the threat on her life from local extremist groups, Fazzina has been forced to cancel a planned trip to Pakistan where she was to report on maternal health. “I take this threat very seriously. There is a strong possibility if I return I will be killed simply for having documented what are realities on the ground” she says. “But, I won’t be silenced by this threat.”

Fazzina’s situation isn’t unique, she explains, as Pakistani journalists and photographers constantly risk their lives to document their country. “It’s extremely difficult for journalists to report without facing some kind of a risk – be it threats, harassment, or even expulsion from the country by the state,” says Mustafa Qadri, a researcher at Amnesty International. “We’ve certainly seen this year a number of high-profile attacks on journalists, which seems to be in response to their work being critical of the government, Taliban, or political parties. What brings all of these cases together is the fact that there’s no justice, there’s no accountability. That basically sends a signal that if you’re not happy with what journalists are reporting, you can literally get away with murder.”

Since 2008, Amnesty International has documented 36 cases of journalists who were killed in response to their work, with many more cases of harassment remaining undocumented. The Committee to Protect Journalists has been trying to fight this problem, says Bob Dietz, the Asian program coordinator at the Committee to Protect Journalists. “Everyone feels that they have total impunity to direct a threat towards a journalist. Foreign journalists aren’t the largest targets for these things; it’s really the local Pakistani journalists who bear the brunt of it. A Pakistani journalist awakes in the morning, opens his phone and check for messages and there might well be a string of threats in there. It’s a way of life. It’s a reality that people are dealing with.”

“We’ve tried to combat it,” Dietz adds. “[We’ve asked] journalists not to hide these threats, and instead to bring them out in public as a way to disarm them.” Yet, the CPJ and Amnesty International don’t expect such menaces to subside, including those against Fazzina. “We really welcome the work that she did,” says Qadri. “We feel that not enough is done to expose the condition of women and girls in Pakistan; what ordinary life is for them. It’s really sad that in trying to do that, she’s now facing these kinds of threats.”

For the 40-year-old photographer, these threats are indicative of a massive shift in war reporting. “The landscape has really changed from fundamentalist groups wanting to tell their stories to journalists becoming actual targets of these groups,” says Fazzina. “In some way, the voices that can speak out against human rights abuses are slowly being silenced. And people would rather shoot the messenger than acknowledged the actual state of [affairs].”

Alixandra Fazzina is a London-based photographer represented by NOOR.