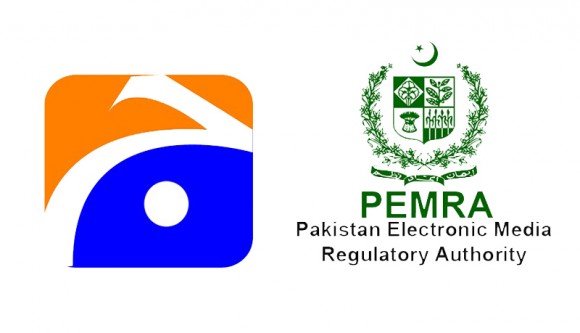 PESHAWAR: The protest camp set up against the closure of the Geo TV channel continued on the 12th consecutive day Wednesday.

Journalists and people from other walks of life visited the camp to express solidarity with the Jang Media Group. The participants chanted slogans in favour of Geo and the Jang Group and condemned the unilateral decision of the Pakistan Electronic Media Regulatory Authority (Pemra) without even hearing the viewpoint of the largest media group of the country.

They demanded lifting of the ban on Geo TV and an end to the attacks on the vehicles carrying copies of the dailies The News and Jang. Besides others, Khyber Union of Journalists (KhUJ) President Nisar Mehmood, Shamim Shahid, Arshad Aziz Malik, Bureau Chief of Online News Agency, Imtiaz Hussain, Mehmood Jan Babar attended the camp.

The speakers on the occasion termed as unjust the Pemra decision to suspend Geo TV for 15 days and fine it Rs10 million. They said the Jang Media Group workers and editors were being harassed and intimidated and the copies of The News and Jang were being burnt.

They said that the Geo TV was, in fact, already taken off air for 45 days through the use of force and threats. They said the Jang Media Group had suffered huge financial losses, but it had refused to bow to any undue pressure and threats as it believed in the freedom of the media.

The journalists and newspapers employees at the protest camp pledged to continue the campaign until Geo TV was allowed to operate freely and the newspapers of the Jang Group were allowed to be distributed all over Pakistan.