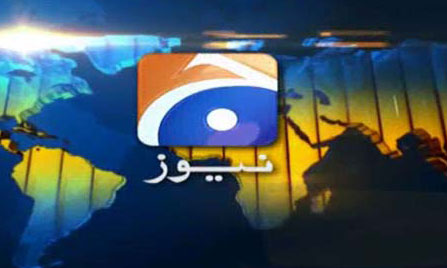 PESHAWAR: The protest camp set up against the suspension of Geo Television entered 11th consecutive day on Tuesday which was attended by political leaders and civil society members apart from journalists in large number.

The participants of the camp urged the government to lift the ban on the favourite channel and curbs on the largest media group of the country. A large number of journalists from print and electronic media, members of the civil society and representatives of the non-government organisations visited the camp set up by the Khyber Union of Journalists (KhUJ) to express solidarity with the Jang Media Group.

The participants of the camp chanted slogans against the Pakistan Electronic Media Regulatory Authority (Pemra) for blacking out the transmission of the most popular TV channel of the country.

Speaking on the occasion, the participants resented closure of the Geo TV. They said that the suspension of the licence of the channel had deprived the viewers of watching their favourite channel.

They asked the journalist community to unite against the curbs on the channel. They said that other television channels would be targetted in future if the ban on the Geo channel was not resisted.

The speakers said that muzzling the press would pose a threat to the democratic system in the country. They said that Jang Media Group was the largest media group in the country and its workers rendered matchless sacrifices for freedom of the press.

They said the group suffered financial losses, but didn’t bow to any pressure and continued to disseminate authentic and correct information to its viewers and readers. The participants threatened to launch a countrywide protest if the ban on the Geo TV was not lifted.