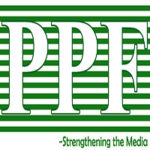 Pakistan Press Foundation raise voiced over the suspension, restrictions and violations of freedom of media and opinion in the Bahrain, Nigeria Croatia and Indonesia. On June 7, 2017, PPF Secretary General Owais Aslam Ali in his letter to Khalifa bin Salman Al Khalifa, Prime Minister of the Kingdom of Bahrain expressed concern over the suspension of daily “Al Wasat” in Bahrain on June 4 publish an article allegedly insulted “sisterly Arab state”. Ali urged the government of Bahrain to reverse the decision and allow the Al-Wasat newspaper to continue its publication. Earlier November 2016, Bahraini authorities suspended the electronic version of Al- Wasat under the same allegations. And also August 6, 2015, authorities suspended the newspaper then resumed its publication on August 11on the same year. On June 6, 2017, Ali in a letter to Muhammadu Buhari, President of Nigeria express concerned over the demolition of Breeze FM building on May 22, 2017, in Nasarawa State of North Central Nigeria Umaru Tanko Al-Makura. PPF Secretary General condemned the action of the governor and demand the thorough investigation of this matter also urged to ensure the safe environment for media practitioners to carry out their professional duties. On June 5, 2017 Secretary General Ali in a letter to Joko Widodo, President of Indonesia expressed serious concern over more cases of violence against journalists in Papua and remains restricted for foreign journalists to enter the province. Ali demanded to honor your promise to allow local and international media access to Papua and urged your government to immediately drop the charges and stop violence against journalists. According to Alliance of Independent Journalists (AIJ), on May 1, police assaulted Yance Wenda, a local journalist who works for Jubi daily and tabloidjubi.com in Jayapura, Papua, for covering the arrest of activists of the West Papua National Committee (KNPB). On April 28, three television journalists from Metro TV, Jaya TV and TVRI experienced intimidation during covering a trial in Wamena District Court. An unknown group of visitors surrounded them, questioning and threatening them to delete their footage of the trial. Police observed the incident but didn’t intervene. Government blocked news sites that are critical of the government, and foreign journalists are banned from traveling freely throughout the region. On June 5, 2017, Secretary General in his letter to Andrej Plenkovic, Prime Minister of Republic of Croatia expressed a serious concern over the brutal assault on investigative journalist Dušan Miljuš, nearly a decade ago, remains unsolved. Civil rights group pursuing it and trying to reopen his attempted murder case. PPF demanded brought to justice those responsible in Miljuš assault and the state of impunity that continues to exist for the perpetrators of attacks against journalists in Croatia should come to end. It is well documented that journalists who cover organized crimes, corruption and war crimes have been at greater risk of harassment and violence in Croatia; Miljuš’s reporting is believed to be the reason for his attack. On June 3, 2017, PPF in a letter to Joko Widodo, President of Indonesia expressed serious concern over the threats to netizens by the members of Islamic Defenders Front (FPI) for posting their opinion against Rizieq Shihab, the grand mufti of FPI. Secretary General in his letter condemned the intimidation, violence and terror to discourage or target netizens those write critically and urge your government to look into this matter seriously and provide an environment where freedom of opinion thrives. According to a network of supporter’s freedom of expression in Southeast Asia, their tracking had revealed that at least 48 individuals across Indonesia who are currently under threat of being hunted down, terrorized, and silenced by these patterns of violence.