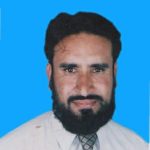 On June 2, 2007, Hakim was travelling alongside Nazukai Salarzai tribe chief Malik Muhammad Ayaz, his son Muhammad Pervez, political tehsildaar Wisal Khan and sepoy Hassan Muhammad when their vehicle was blown up by what was reported to be a remote controlled bomb.

According to Dawn, the tehsildar was travelling to supervise an operation against a suspect in connection to a murder. The vehicle was struck when the passengers were returning to the Bajaur Agency headquarters Khaar and all five died on the spot.  The vehicle appeared to be targeted.

Hakim was one of 75 journalists who were killed in Pakistan since 2002. On the fourteenth anniversary of his death, PPF commemorates his work as a journalist working within the challenging and unsafe environment of the region where he was killed.