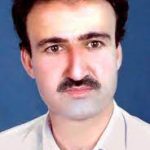 Pakistan Press Foundation (PPF) is concerned at the detention Zameer Khan, of on November 19 in the town of Miraali in Khyber Pakhtunkhwa province. Khan is a brother of slain journalist Hayatullah Khan who was murdered in 2006.

PPF urges an independent inquiry into Khan’s detention and if it is related to his family’s efforts in courts to get the secret investigation report on Hayatullah’s kidnapping and murder.

According to Ihsan Khan, another brother of Hayatullah, Zameer is in custody of Counter Terrorism Department (CTD) and believes that  he was arrested in retaliation of the letter sent to Interior Ministry asking for the inquiry report of Hayatullah’s murder. Zameer has been suffering from mental illness since 2006 and was arrested by the officials without any reason, Ihsan lamented.

On December 5, 2005, English daily The Nation and Urdu daily Ausaf reporter Hayatullah Khan was kidnapped by five masked men in North Waziristan in the erstwhile Federally Administered Tribal Areas (FATA). Khan was also a photographer for the European Press. Agency. On June 16, 2006, Khan’s body was found outside a village in Mirali in North Waziristan.

Days after Khan’s body was recovered, on June 20 2006, the Supreme Court had announced the formation of an inquiry commission and presented a report on August 31, 2006. The report of the judicial commission has not yet been released.

On September 1, 2022, Ihsan Khan, another one of Hayatullah’s brothers, wrote a letter to the Ministry of Interior requesting a copy of the report. The Ministry responded to the letter on November 11, 2022 saying that the commission had submitted a report to the apex court and requested them to approach the appropriate forum.

The responding letter quoted Peshawar High Court’s verdict on a writ petition No. 2077/2020 titled Ihsan Khan vs Federation of Pakistan and others on Oct 1, 2022 which was dismissed on the directions of: “The Commission has submitted its report to Honorable Apex Court and this Court cannot direct the Honorable Supreme Court to provide copy of the report to Petitioner”.

“It is obvious that the government has no intention of making the complete findings of the commission of inquiry public,” Ihsan added.

PPF joint demands to release the inquiry report immediately and urge the concerned authorities to conduct an independent inquiry into Zameer’s detention.

The post PPF concerned at the detention of Hayatullah Khan’s brother; calls for an inquiry first appeared on Pakistan Press Foundation (PPF).