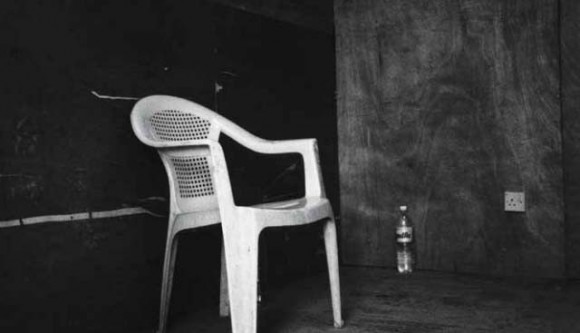 KARACHI: The word ‘torture’ does not appear in the Pakistan Penal Code, even though Section 348 alludes to it as it points to “wrongful confinement to extort confession”. But what if the confinement is not wrongful and what about the (torturous) means used? Regarding that, the law is silent.

Pakistan was one of the many countries that adopted the United Nations Convention on Torture in 1984. And Amnesty International (AI) has accused those very governments around the world, including Pakistan, of betraying their commitments to stamp out torture made when they adopted the convention three decades ago.

As part of its two-year Stop Torture campaign launched earlier this week, it also released a media briefing, Torture in 2014: 30 Years of Broken Promises, which provides an overview of the use of torture in the world today. Pakistan’s law enforcers and spy agencies are featured in the report.

“In Pakistan, we have documented widespread use of torture by the police and other security forces in many different contexts and regions. Security laws enable state security forces to commit human rights violations like torture with impunity beyond the reach of the law. From Karachi to Balochistan, thousands of men and boys have been arbitrarily detained,” said AI’s Pakistan researcher Mustafa Qadri.

“Many victims and their relatives allege they have been subjected to torture, are held in secret places of detention. Some are never seen alive again and are later recovered dead with their bodies bearing marks of torture. Investigations into such cases are extremely rare and ineffective even when they do take place.”

However, a sad reality is that torture is more or less accepted in Pakistan as a legitimate – and needed – means of interrogation.

In Amnesty International’s “Stop Torture Global Survey: Attitudes to Torture”, 56% of those surveyed think torture is sometimes necessary and acceptable to gain information that may protect the public. This number was one of the highest in Asia, but it was lower in comparison to the survey of a similar sample in China and India, respectively.

Akmal Wasim, the head of litigation and research at the Karachi Legal Aid Office, believes that there is acceptance of torture because there is a misconception prevalent among the people. “People confuse torture with violence. Torture is something that definitely or temporarily for a long period destroys the personality and alters the character of the victim,” he told The Express Tribune. “Unless the grey areas around torture are cleared up, people, legislators and judges cannot understand the horrendous consequences of torture.”

There is a need to bring in the definition of torture in the penal code or the General Clauses Act, 1897, Wasim argued. “We should import the entire text of Article 1 of the Convention on Torture into the prohibition. Only then we can move towards legislation and other ways to stamp out torture.”

However, he does not see a law on torture anytime soon. “The Ministry of Human Rights has prepared its own law on torture, but we have reservations against it.”