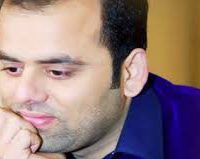 SIALKOT: Police on Thursday apprehended two accused nominated in the murder of a local journalist in Sialkot.

The two men namely Shahid and Usman, who were involved in the murder of a journalist, were arrested from Gujranwala and Bahawalpur, respectively.

The journalist was allegedly shot dead on the orders of a union council chairman belonging to the ruling Pakistan Muslim League-Nawaz (PML-N) in Begowala. Zeeshan was a correspondent with a national daily.

The police had registered a case against three nominated and two unknown accused.